If there was ever a time to switch up the school run, it would be from 23 April to 4 May – also known as the ‘Big Pedal’. The aim of the game is less fuel emissions and healthier kids, two major problems facing parents in Britain. Last year almost 1,700 schools registered to take part, meaning staff and parents swapped their cars for bikes and scooters, resulting in more than 75,000 gallons of fuel, 728 tonnes of CO2 and £400,000 saved. This year’s campaign is being headed up by Guinness World Record holder Mark Beaumont, who cycled around the world in 78 days. Pupils will be able to track their progress on a map of the world and learn about Mark’s journey. Plus, parents can feel safe knowing their kids are getting some exercise in. Winning all round! 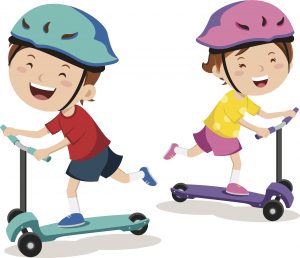 Tags:
Previous Article
Simon Webbe: Countdown to the Wolf Run Part 2
Next Article
THE DUMBBELL: Your Friend and enemy

Construction Workers Love the Gym the Most
BESTFIT

Construction Workers Love the Gym the Most