Look after the noggin with Dr Emma Kirke’s ingredients, and boost the ol’ grey matter with two easy, and tasty, recipes

Ever find yourself looking for your keys? Enter a room and forget what you went for? If the is yes to either question, then it may be time to cook up a curry! Seriously, that chicken tikka could be the answer to your prayers. Your brain needs nourishment as much as the rest of the body, and there are certain food sources that provide specific beneficial effects. Research has proven that food can definitely boost your brain activity. Here are a few surprisingly tasty and boosting ingredients to work into your weekly menu…

This has 400+ uses, including protection from cell erosion and antioxidant effects against breakdown in cell membranes. A study in India showed older adults were 4.4 times less likely to develop Alzheimer’s than the same US demographic. Turmeric is a basic constituent of curry-style dishes. Research shows that individuals that only occasionally eat curry, even less than once per month, still perform better on a standardized test than those who reported rarely or never eating curry.

A strong source of polyphenols, especially anthocyanins. Berries have been shown to increase sharpness and speed of function in the brain areas that deplete fastest as we get older. So, adding them to your breakfast bowl or favourite smoothie will do more than sweeten you up in the morning, it may just sweeten you up permanently.

Adding avocado into traditional baked recipes such as cakes and breads instead of butter, has an emulsifying effect, but with added body and brain benefits. It doesn’t detract from the great taste of home-baked goods either.

Rich in vitamin C, they’re also able to assist the body to prevent cell breakdown, causing more efficient brain function into older age. The high antioxidant effect is largely responsible for this, however, orange juice from a carton can often be processed, and alongside the added sugar, this can mean it loses the beneficial properties.

A handy protein source to throw into a slow cooker or bulk out a meal. They are high in vitamin B and
folate, which is responsible for the conversion of homocysteine, a by-product of cellular metabolism.
It converts it into methionine, which is an amino acid. There is awareness that high levels of homocysteine are responsible for blood vessel damage, but we are unable, as yet, to determine whether folate is the only causative decreasing factor to homocysteine. However, failing to have an adequate intake of vitamins and minerals is linked to high levels of it, which in turn is linked to Alzheimer’s. I think I would rather eat some chickpeas just in case!

Those of you that follow my Instagram or twitter (@DrEKirkeOstm) will know I am a fan of a decent coffee. Coffee quite often comes in for some bad press, and I have to agree on a policy of limitation. Coffee can stimulate the central nervous system and has been shown to combat declining brain function. The Journal of Alzheimer’s Disease states that the positive effect of coffee is cumulative, and advocates a daily boost.

Some more fabulous news is the amazing cognitive, memory, mood and learning boosts provided by the flavanols in cocoa powder. It can protect against neurologic damage and it can increase the blood flow to the brain. This can all be achieved from just an ounce of dark chocolate.

Salmon, tuna and mackerel can provide the body with the most biologically available dietary omega 3’s. Importantly, these fish are also the only biologically source of vitamin D, which when the body displays depleted levels of, has been linked to Alzheimer’s, MS, Parkinson’s, Epilepsy and other neurodegenerative dysfunctions.

A valuable source of vitamin E (except for peanuts and cashews), which is essential for protecting the brain against age-related damage. So go nuts for the nuts! 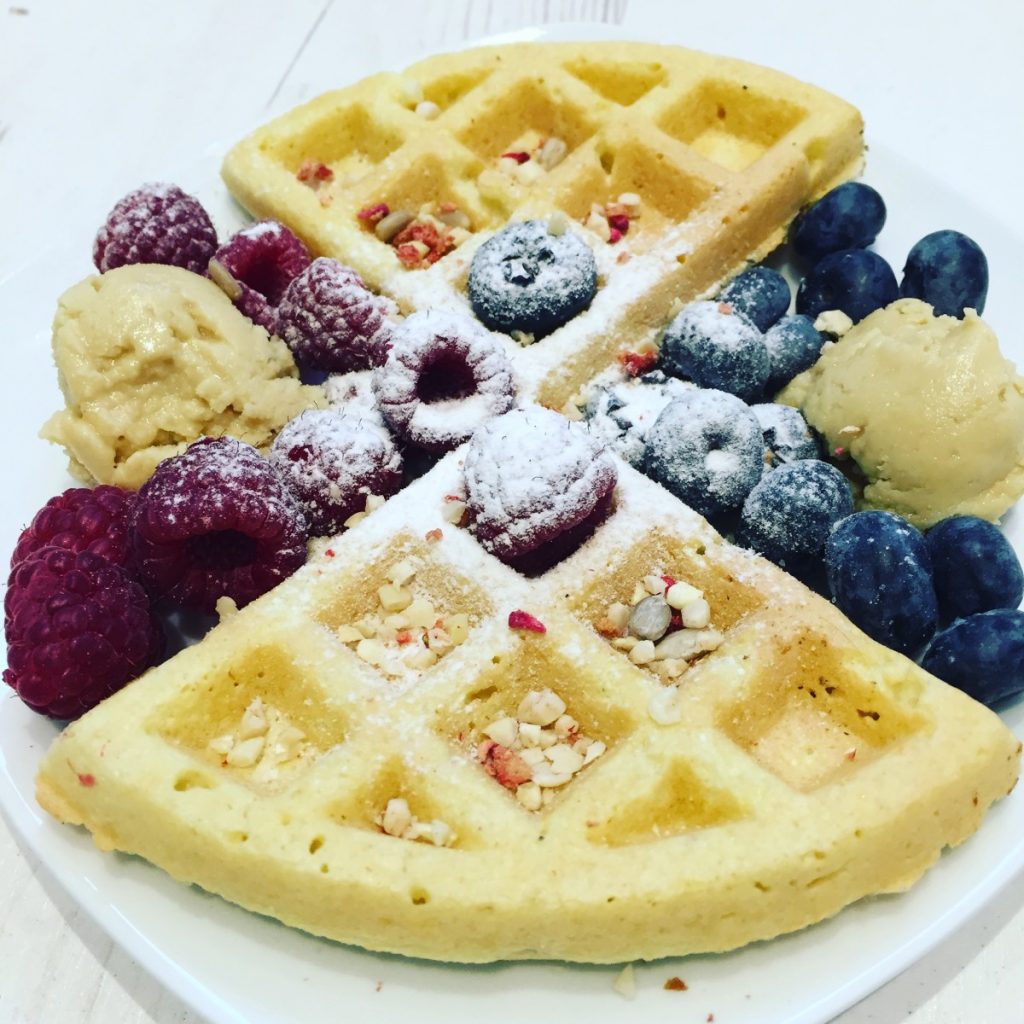 Place 3 tbsp ground almonds, 1 egg and 20 drops toffee stevia into a bowl. Mix together and spoon half the mix into one quarter of the waffle iron. Spoon the other half into another quarter. Spread the mix out evenly and close the lid. It will only take a few minutes to cook. Lift the waffles out and top them with your favourite fruits or nut butters! 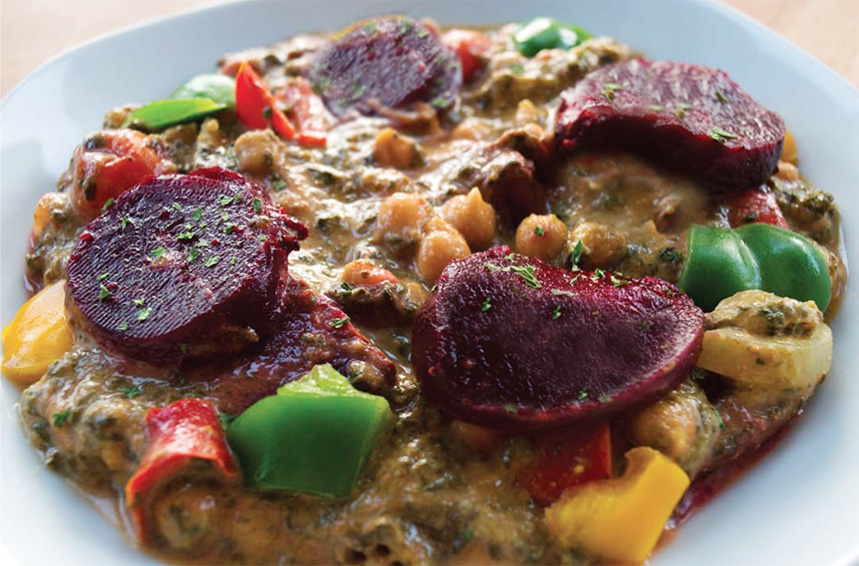 Throw 3 tins of chickpeas, 1 tin of spinach puree, 1 tin of coconut milk and 1 tin of tomatoes into a slow cooker.

Dice the red pepper and the white onion and throw them into the slow cooker. Take 4 baby beetroot rounds and slice through. These pieces need to be fairly large, or they’ll break down.

Sprinkle over the top the ground ginger, turmeric, cumin, coriander, garam masala and ground cinnamon. Chop the garlic finely and throw them into the curry. Stir thoroughly. Turn the slow cooker onto low and leave cooking as low as you want

Tags:
Previous Article
Get fit like a Snowboarding pro’
Next Article
Countdown to the Wolf Run