Simon Webbe has just a few weeks to go until his OCR event in April. Follow his workout regime with the help of his PT

Regular readers will know we love a 12-week transformation, and this time, in singer/songwriter Simon Webbe, we have a really interesting case study.

Whereas in previous three-month projects we’ve had candidates looking to lose weight, Simon is in pretty good shape already (see images). In fact, he only has around 16 per cent body fat and, while in panto, his role required him to rip off his costume and reveal what the marketing material had described as a ‘ripped torso’! His exercise regime was already pretty rigorous, so Simon’s goal is two-fold. First, he has his 40th birthday, which is followed quickly by an OCR event, the Wolf Run, in April (read more about it in the magazine), which will test his endurance, and require him to improve his functional fitness levels, so pushing and pulling, for example. Then, in the summer, he gets married.

“When I hit 40 I want to be able to see a whole six-pack, and I want to look my best on my wedding day. It’s a summer wedding, so it’s great timing,” Simon told BESTFIT last month.

To do that, he’s going to have to work hard, eat well and rest, which is where his personal trainer comes in… 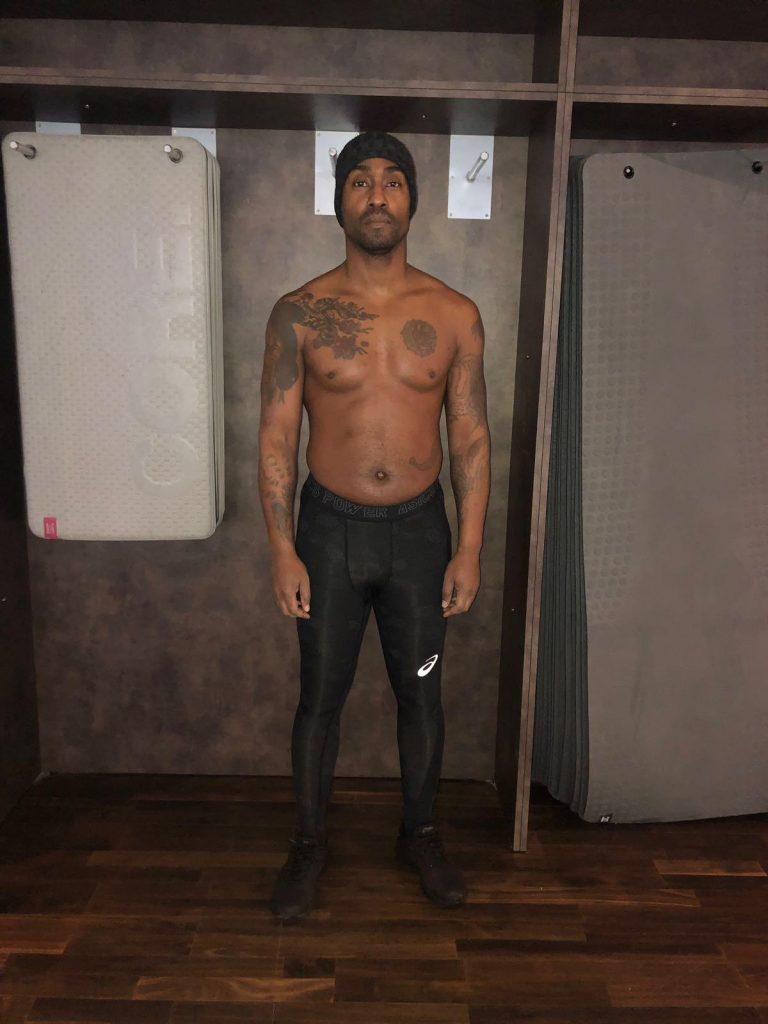 “The main thing that Simon needs to concentrate at this stage of his transformation is rest,” explains Jack Fowler, Simon’s personal trainer.

“I don’t think he’ll have too much of a problem focusing on his training, regardless of how busy he is, but he will need to ensure he gets the appropriate amount of rest. He works really hard, and we’ll be working him just as hard in his training sessions as you can see, so fatigue will be a factor. With that in mind, he’ll need to make sure he gets enough sleep, rest, and that he drinks enough water. Simon works crazy hours, but if you’re looking to undergo any kind of transformation, then finding the time to not only train, but rest too, is part of it. Fitness is a lifestyle and it’s not something you can cheat. You need to make time for it.”

The Wolf Run will require Simon to test his endurance while also overcoming obstacles, which is why his workout sessions are split into pushing, pulling, cardio and full-body sessions.

“The aim of Simon’s plan is to ensure we work his entire body,” says Fowler. “I also like to mix things up, so his first session is all about his upper body; and pushing movements. He’ll be doing things like chest press and shoulder press, for example. These exercises will really help him maximise the strength in his muscles. The next session is all about pulling, so the complete opposite. Pull-ups, rows, deadlifts, that kind of thing. This will make sure we hit all areas of his body equally and help him develop the areas of the body that will be required when taking part in his event.

“OCR events require functional fitness, but they also require certain levels of endurance,” adds Jack. “We’re doing a bit of cardio work with Simon, but he won’t see a treadmill. He’ll be boxing instead, so as well as working his levels of cardio he’ll simultaneously be improving his balance, agility, power and strength. We’ll also finish every session with a final blast, so battle ropes or tyre flips – a full-body exercise to work his whole body and keep his muscles guessing.”

Low on sets and reps, big on weights

“We’re aiming for Simon to be stronger and fitter and with that will come a degree of muscle mass increase,” continues Fowler. “It’s not just what he looks like, but how he performs.
I know he likes to box, so we have to be careful that he doesn’t put on so much mass that he won’t be able to move.” 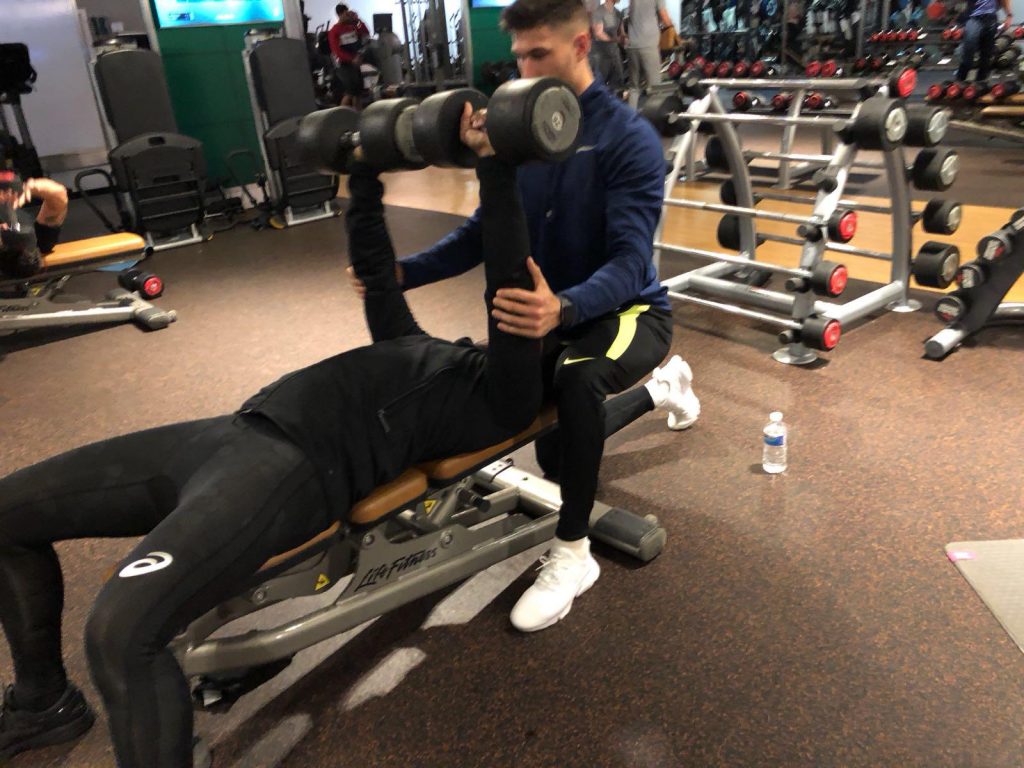 Simon’s line of work means he attends a lot of functions, which can mean a lot of temptation when it comes to drinking or eating the wrong things.

“He’ll need to watch that, and it will be difficult,” says Fowler. “He’ll just need to knuckle down on the food and drink consumption. The Pulsin products he’ll be using will be a big help here because they will ensure he’s getting the right things despite his busy lifestyle. It is up to him to eat as well as he can and stay hydrated, but at least with the right healthy snacks, protein shakes and supplementation he’ll be getting some form of help.”

Fuel for the job 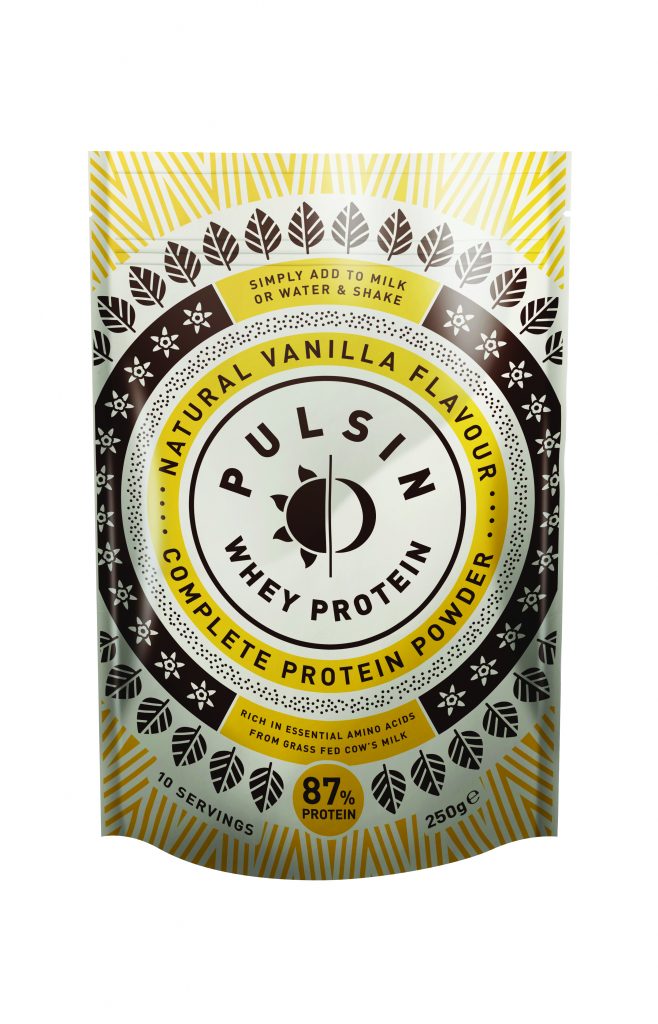 Pulsin’s protein range boasts four different vegan-friendly natural protein powders and three natural whey proteins, meaning you can choose a protein powder, whatever your diet. All of their protein powders are natural and unflavoured, giving you the freedom to develop your own recipes. They are the perfect addition to smoothies, porridge bowls and juices. Just one serving is a big step towards your recommended daily protein intake. All of Pulsin’s foods are highly nutritious and designed to maintain and enhance our natural balanced state. So, whether you’re battling the rush hour commute, bossing a mid-morning meeting or powering through your crossfit session, their range of products will help you maintain your energy levels, increase your protein intake and enjoy some guilt-free snacking.