“YOU NEED SOMEONE TO PUSH YOU BEYOND YOUR LIMITS”

Simon Webbe has reached the end of his 12-week transformation. So, is he in peak condition for his wedding? And what has he been doing in phase three?

A lot can happen in 12 weeks. For BESTFIT guinea pig Simon Webbe, who has now undergone a 12-week transformation, he’s seen many ups and downs, but has now reached the end.

He’s been injured, overhauled his diet for the better and even grown to love working on his legs. Yet his biggest learning is that you can’t beat having someone to push you beyond your limits.

“PTs matter,” explains Simon, who was so ravaged by injury to his shoulder that he has had reduce his training in the third phase of his 12-week project. “You need someone to push you, and you need a pro; they’re so much more beneficial than training with a friend, particularly in the first six weeks of your plan, when your training to push past your usual levels.” 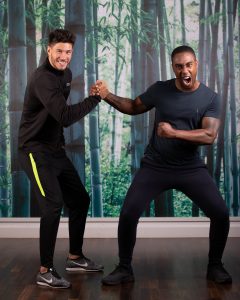 Having a professional has certainly been beneficial in the last few weeks, when Webbe has had to juggle his training around an injured shoulder.

“I’ve been pretty down about it,” admits Webbe. “Everything was going so well and on track and then, during a boxing session, I pushed it too far. I couldn’t raise my arm after one session and had to have physio and time off. It was so frustrating.”

While Webbe was forced to rest, he continued to alter his diet.

“I’ve been intermittent fasting, so packing all my meals into eight hours a day and then fasting for the remaining 16,” Webbe explains. “It’s been really hard, but now much easier than it was in the first few days and weeks. I’m now doing it for three days on, four days off but I’m not snacking. If I need something, I’ll grab a Pulsin bar or shake. They’ve been a revelation to be honest. I find them a lot tastier than other products. Their protein shakes are easy to mix and less powdery than others I’ve tried, and their bars are tasty. Some shakes and bars can be unpleasant, and they can leave a funny taste on your mouth up to half an hour after having them, but not these. They work well for me, particularly when I’m really busy.”

So, is he managing to lay off the booze too? “I still have a beer here and there. I don’t want to not enjoy myself and I give myself a cheat day to do what I want.”

SO, WHAT HAS BEEN THE BIGGEST CHALLENGE?

“Losing belly fat,” says Webbe. Not working on his legs then, which he described as the hardest thing in phase one. “Anthony Joshua said ‘never skip legs day’ and they’re without doubt the most important part of your body to train. I never skip legs day now, and it’s even one of my favourites! I know that after a legs session I’ll be burning fat for two to three days. I feel the pain when I’m walking, but I also know that’s my muscles repairing, taking body fat and turning it into the substances my body needs to recover.” 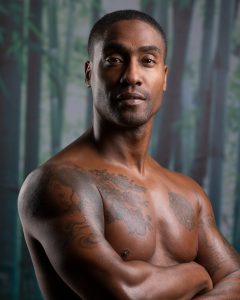 So, now he’s reached the end of his journey, what now?

“I had to go back to the drawing board a bit in phase 3 because I couldn’t afford to make my injury worse than it was. I worked on my core and legs while my shoulder was injured and now, well I’m having to weave my routine around my work. I’m on tour at weekends with Strictly, so that’ll be my cardio at weekends, and I’ll do my weightlifting in the week. My aim is to lose more body fat, and I’ll hit it harder in the build-up to my wedding [in June]. I also want to cut out sugar completely.”

As Simon approached the end of his transformation, and recovered from his injury, he picked up the pace and engaged in some full-body workouts designed to burn as much fat as possible and increase his resistance to fatigue.

“He’s built up his strength, so we were looking to enhance his levels of endurance,” explains PT Jack Fowler. “We’ve had to work around his shoulder at times because a lot of these movements require using that joint. On those days where he was restricted, we worked on his legs, back and chest. Ultimately, Simon’s given me 110% and never moaned. Well, not since he first started working on his legs anyway!”

“I’ve no doubt Simon will continue to train and utilise the things he’s learned,” explains Fowler. “The hardest thing he’ll need to work on is to control his diet and his alcohol consumption.  He’s very busy, too, so he’ll need to plan ahead to make sure he stays on top of things. I’ve encouraged him to try and hit the gym four times a week, but equally as important to that is getting appropriate rest. Sleep is very important for muscle growth and concentration levels.”

FUEL FOR THE JOB

Natural protein masters Pulsin have unveiled two new flavoured protein powders. The new Vanilla Whey – a great source of calcium and ideal for supercharging your protein intake – and Chocolate Pea – easily digestible and
rich in both zinc and iron – are available
in 250g and handy 25g sachets. Simply
mix into milk or water for a great-tasting quick protein fix. 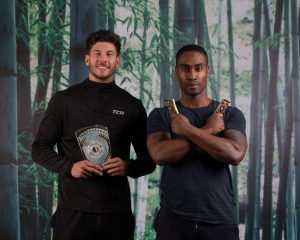 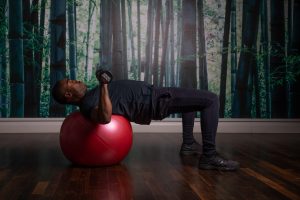 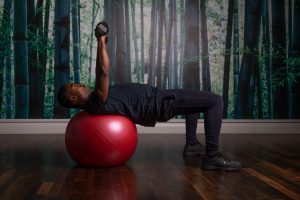 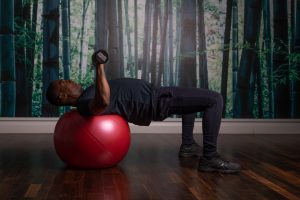 “Using the Boso ball, keep your feet tucked in for more stability and to engage your core.” 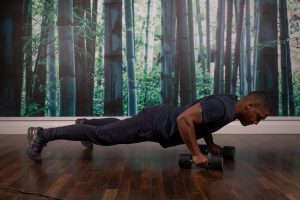 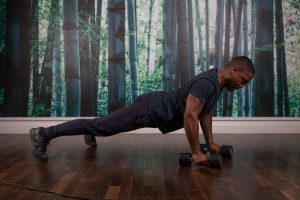 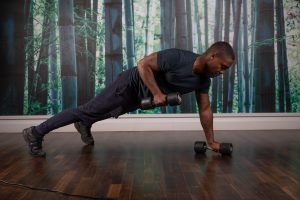 “Like a flat row – but it’s important to not rotate your back so much. Keep your Lats engaged as much as possible without rotating hips, which is what the body wants to do.”

Cone push throughs & up and over 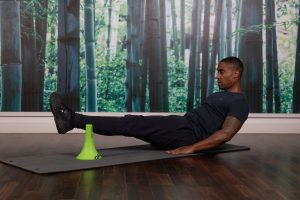 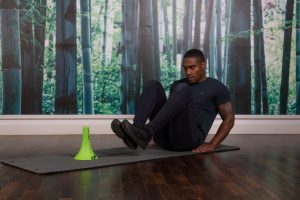 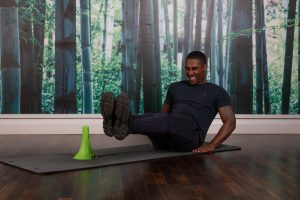 “This is really simple, and you can use anything instead of a cone, even a tin of beans! Lift your legs up and over and either side, lower abs, maintain your core.”

Dumbbell curl into an overhead press 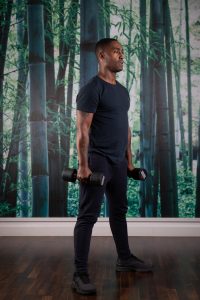 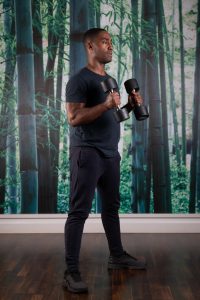 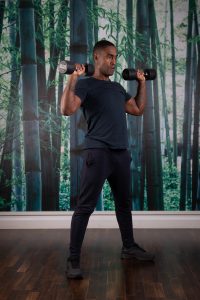 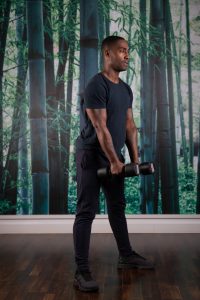 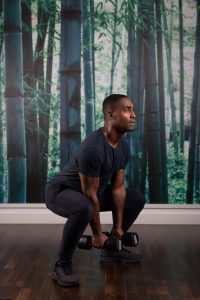 This utilises a pulling motion into the body, then a pushing motion above head. It activates the whole of your upper body and uses biceps, shoulders and triceps. Three hits in one!”