The road to bodypower

Tell us a little bit about your path to the Expo…

It has been pretty tough, to be honest. I’m probably spending two to three hours in the gym at the moment but I’ve had to build up again slowly because I suffered a bad illness, septicaemia, and lost 20lb of bodyweight. It has been quite a catch-up to get back to where I was at the back end of last year. It was something that came on all of a sudden. I wasn’t feeling too great and did the normal guy thing of thinking that everything would be alright. Then, on New Year’s Day, my temperature went to 42.5 – they said I was within an hour of going into a coma. Not good.

How did you build yourself up after that?

I was in hospital for a couple of days on drips because I was so dehydrated and they were finding it hard to control my temperature. I was on really strong antibiotics for three weeks after that. I tried training after a week and made myself ill again and in the end had a full month off. I had to build slowly again, which was incredibly hard because I’ve been an athlete since I was six years old, when I started Motocross. I work in a gym every day as a PT instructor as well, so it’s hard for me to go to a gym and not do anything. That was a killer.

Did it impact your confidence?

It probably took another eight weeks for me to get my confidence back because my immune system was low. It took some time for me to believe that I could push myself as hard as I used to. I’m now fighting fit again, all the weight is back on and I’m now heavier than I was last year. I’m leaner now too. I’m going in the right direction.

How much are you eating in the run-up to BodyPower? 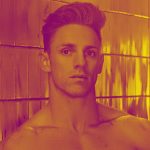 It’s really hard because you’ve obviously got to get the calories in but you’ve also got to do all the training. I could eat McDonalds and jars of Nutella every day and I still wouldn’t put any weight on because my metabolism is so fast.

My body fat is always the same. Diet-wise, I’m currently on 2,100 calories a day and I’ll spread that through as many meals as I can. I breakdown my macros and I’m living off steak, eggs, rice, sweet potato – really good whole foods, I’m trying to stay away from supplement shakes at the minute.

How intense is the training physically at the moment?

I’m trying to keep it as intense as possible, with between 35 and 40 seconds between each activity.

Have you done a lot of competitions in the past? 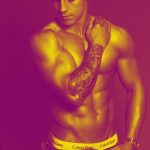 I’ve only done one before, which I won, so I’ve got a 100% record! Injury ruined my career in motocross, I had a long list of injuries at the time. Nothing will ever to compare to that or give me the same feeling that I had when I did it, but I find what I’m doing now more of a psychological challenge. It’s a mental game. You’ll look at yourself in the mirror and your body might look totally different to the way it did the day before. It’s a lot harder to get your head around certain things. It’s just your mind playing tricks and you’ve just got to talk yourself out of it. If I feel really flat I’ll adjust my diet a little bit, it’s all about learning what works best. I’m learning day by day. When I packed in racing I was about 10 stone, I was a skinny little kid. To race the bikes you had to be as light as possible. Now I’m 13 stone, or just under, but it seems to have taken ages and ages to get to where I am now.

What are you most looking forward to at BodyPower?

The fitness festival is super exciting and I can’t wait to meet the top guys there. It’s my ambition to become a big name and leave a legacy. Hopefully Steve Cook will be there. He’s another of these guys I follow on social media and his videos have been a massive help.

Incline to low flies 5 x 10, plus a superset with5 sets of lockouts to failure.

5 mins cool down and stretch