The F2Freestylers, footballers Billy Wingrove and Jeremy Lynch, discuss the importance of fitness, tips to beat bullying, and meeting Messi and Ronaldo

Has your approach to fitness changed since you started out?
JL: I was never too bothered about a fitness regime when I first started because I wasn’t playing 90 minutes twice a week – I just turned up and smashed balls and didn’t give it too much thought. Now strength and conditioning are really important, as is warming up and warming down. It’s all about injury prevention.

You guys need to look the part as well, so how often are you working out?
JL: If you’re a role model to the kids who watch you, it’s not just what you do on the ball, it’s how you look, it’s the life you live. It’s important you keep your fitness up and try and stay as healthy as possible. We train most days. I don’t really enjoy running but we’ll still do it. It’s all about longevity and keeping fit for the long term.
BW: It’s funny because we’ve both got gyms in our houses, but I used to think that banging out large weights was the best way to get fit and stay fit. I’ve learnt now that it’s the totally opposite to that. It’s all about strengthening your core, making sure that you’re strong so you’re not getting injured. That’s the main thing. We’ve had the help of a specialist strength and conditioning coach too and that has made a big difference. I had done some exercises before but then found out that I was doing them wrong. It’s all about technique because if you don’t do an exercise correctly it can have the reverse effect.

How close did both of you come to being professional footballers?
BW: We were close, really close. Given a different set of circumstances I think we could both have ended up playing at the top level. But it didn’t happen. It wasn’t our destiny. We imagined F2 would go big but not quite this big. It has gone astronomically big! 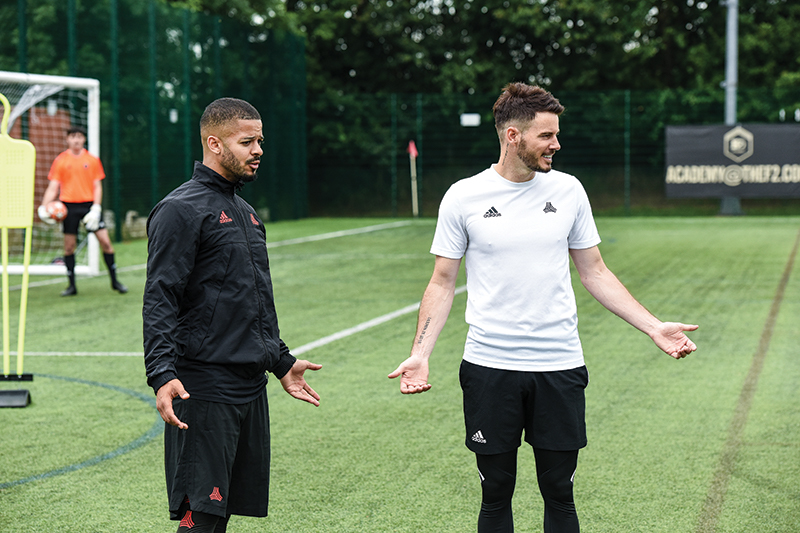 How did you discover you had this knack for tricks?
BW: It’s funny, I started doing it so I wouldn’t get bullied by the bigger kids at school. I worked out that if I impressed them with a football I could play matches all lunchtime and keep out of trouble! It really worked, I ended up playing with Year 11s on the playground when I was in Year 7 and 8. We did skills just for fun back in the day. The natural way we’ve evolved was to go onto YouTube and then do more on-pitch stuff as well.

Have you ever been star-struck given all the famous footballers you’ve met and worked with?
JL: Messi and Ronaldo stand out because they’re the two best players of our generation. But it’s important we’re not overawed by the players we’re working with. The more relaxed we can make the players feel then the better the results we get and one of the key ways we can do that is by being relaxed ourselves, If you’re nervous or star-struck then players pick that up. We’re generally focused on getting the best content we can in a short space of time because time is always limited, that’s just the way it is.

Are there any tricks you can’t do?
BW: There are loads of moves that we can’t do. We know our limitations pretty well now. I’m not as nimble as I used to be so I can’t do the backflips that some of the young freestylers are doing.

What are you up to at the moment?
BW: There’s lots happening. We’re super excited about the book coming out. It’s our fifth book, which is crazy. It’s great because it’s educational for the kids, anything that can get kids reading is good in my eyes. It’s about teaching the kids the techniques that are going to help them master some amazing skills. 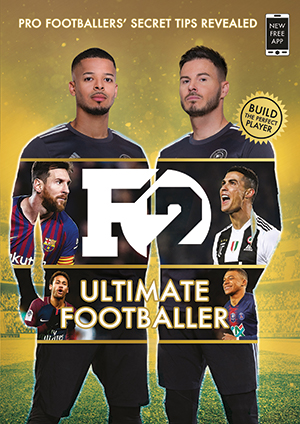