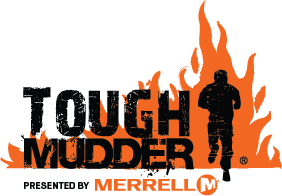 Tough Mudder, the world’s premier obstacle run, is back in 2017 to help you Escape The Ordinary with new courses, new dates and brand new obstacles.

Both Tough Mudder and Tough Mudder Half will make their first appearance of the year over two weekends at the London West event on 29 April and 6-7 May.

Tough Mudder London West will see the debut of brand new obstacles like Augustus Gloop and Kong, and upgrades to old favourites Funky Monkey and Arctic Enema, all on one of the muddiest 10-12 mile courses in the UK.

Tough Mudder Half London West will take place over a five-mile course featuring all the mud, fun and teamwork inspired obstacles, like the Block Ness Monster, as Tough Mudder – just in half the distance.

So, gather your friends, build a team  and Escape The Ordinary.

Find your closest event, sign up and start training.

Into the Wild – 15 July, Leicestershire
bfadmin

Into the Wild – 15 July, Leicestershire