Get Squash Fit this Autumn

Get Squash Fit this Autumn

“I Focus on Quality not Quantity to Stay Fit”

Former World No.1 Squash Star and Commonwealth Games Gold medallist James Willstrop reveals how he stays in shape this Autumn…

JAMES Willstrop is clearly a force to be reckoned with. The famous sportsman, who started playing squash aged just three years old and won his first tournament when he was six, exudes confidence, has an insatiable passion for his chosen sport and droves of motivation – all the qualities needed to be an international Squash player. 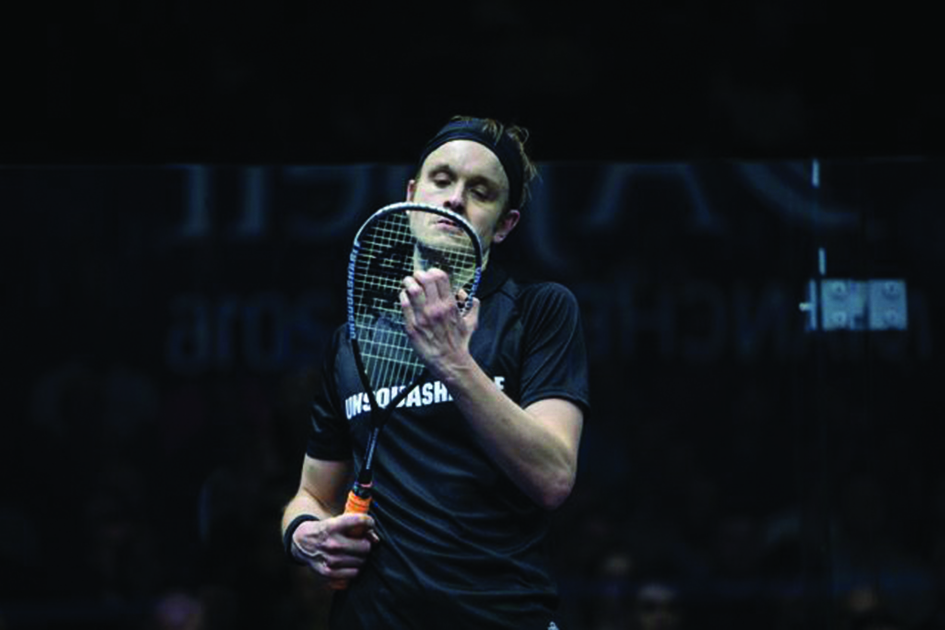 “It was my Dad, an ex-teacher-turned-squash coach who first got me into the game,” he explains. “Of course when you are young, you look to your parents and their passions and my love of squash definitely came from being around dad. I became obsessed with squash when I was so little. Dad was my role model. I wasn’t taken to Wimbledon – I was taken to Wembley to watch the squash and those players became my idols.”

James, 35, who lives in Yorkshire but is originally from Norfolk, is quick to point out how challenging squash can be, yet cites this as one of the many reasons he loves the game. He explains: “The sport can be a battle within 45 minutes, which will reduce you to your knees and that tactical aspect will always be testing. Squash is fast-moving – unlike tennis or cricket. You have to recover with no oxygen running through your body, but the games lets you be very artistic, with lots of beauty involved.”

Known as ‘The Marksman’ after his accurate shot placement, he is an impressive 6’ 4” and has changed his views on training over the past few years. “I used to worry much more about training. If I could give my younger self some advice it would be to focus on quality, not quantity,” he says. “Squash is a heavy sport on your limbs. In my 20s I put six hours of training in every day; a session in the squash court in the morning, then some yoga or pilates at my local David Lloyd club. I would then do some afternoon training off-court.  Nowadays I tend to restrict heavy-impact, court-based training sessions to three times a week, focusing on the quality. I use David Lloyd gym facilities – I am a big fan of the Prowler machine – it is a phenomenal piece of kit. Sometimes I will also do pilates or yoga classes which are essential for core work. The courts and facilities are fantastic at my local David Lloyd club in Leeds. I also have to be mindful that I travel all over the world, so if I’m jet-lagged or have had a heavy tournament, I have to take it easier with the training.”

Earlier this year, James claimed the biggest title of his squash career todate, defeating New Zealand’s Paul Coll 3-0 (11-9, 11-4, 11-6), to win gold at the Commonwealth Games. After his outstanding performance on Australia’s Gold Coast, Willstrop became the most-capped England squash player in history. “After that win, we were straight into doubles, so my celebration was a meal with family and friends,” he explains. “I am vegetarian and that’s my way of doing it. A good general diet is important to me. I have lived through too many extreme diets – six months without chocolate then I would go mad on it for two weeks. Eat well and refuel with the right foods; carbs and protein at the right time, plus lots of fruit and vegetables. I would not advise anyone to give something up – do not punish yourself. Everything in moderation.”

At the time of giving this interview, James was preparing to battle it out at the Open International de Squash de Nantes, in the spectacular setting of Théâtre Graslin. And he’s an expert when it comes to keeping calm: “I get such a buzz from tournaments,” he says. “But I do just want to curl up in a corner sometimes. I try to stay clear headed, focus on the basic things and remember there are lots of people worse off than me. It is all about positive thinking. Sometimes you cannot escape the fact that nerves will get the better of you, but you can only do your best.”

Being the best is something that James hopes to continue doing into his retirement years, but hopes to take the energy from the courts into the theatre. “I do love acting,” James adds. “I recently finished being in a play in Harrogate – I adore the theatre and being on stage. There is a huge crossover in skill sets between sport and drama. Who knows, when I retire I’d love to do more acting, alongside squash. Everyone should give squash a go. It’s not just a game for summer but perfect to get you motivated in autumn too.”

Tags:
Previous Article
Into the Wild with Markus Torgeby
Next Article
SUPER SIZE YOUR PRESS-UPS