Fancy living in the wilderness for four years? Swedish runner Markus Torgeby did just that, and lived as a recluse as he looked for direction in life. Here’s his story… 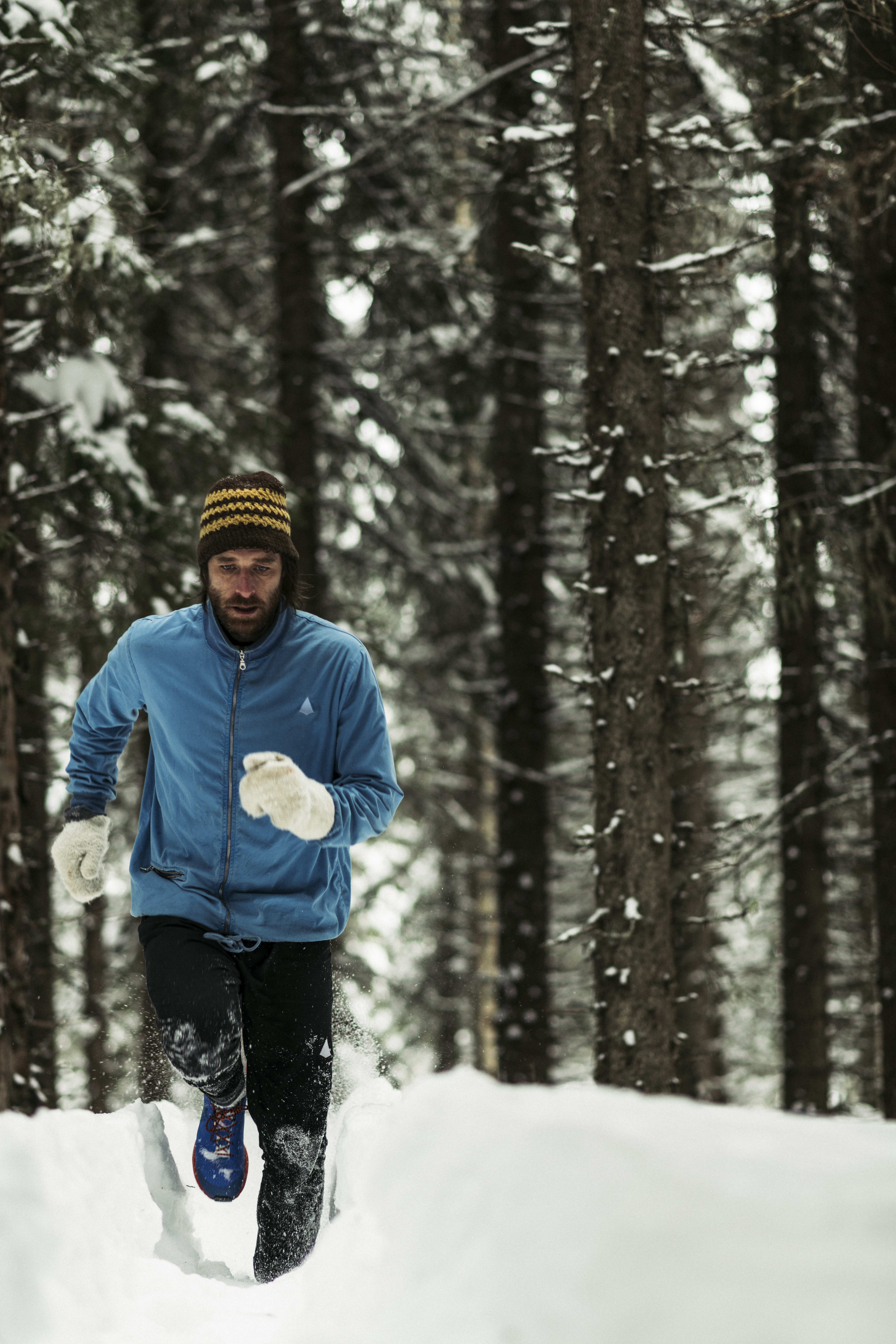 At 20 years old, Swedish runner Markus Torgeby headed off into a remote Swedish forest to live alone and dedicate himself to his one true passion, running. He lived in a self-made tipi in the wilderness, braving the harsh Swedish winters – for four years. His book, The Runner, looks at the modern-day pressures put on young men in particular, and how we actually need to take a step back to our more natural roots, reduce our constant ‘connectivity’ through phones and social media, and touch base with nature. Here, Markus talks to BESTFIT about the importance of quiet, solace, and personal well-being, as well as the transformative nature of running that helped him turn his life around.

Did you do a lot of planning before heading into the forest?

None! I first started this in August 1999, having first thought about it in April or May of that year. I didn’t give myself too much time, I just went and did it.

How hard was it to just up sticks and start a new life?

In the beginning, when I started to build my camp,
I obviously had a lot of things to do. In August, in Sweden, it’s usually quite warm and there are no mosquitos, so everything was pretty easy to begin with. When the base camp was fixed and set up, I had nothing to do so I was restless. That was a little bit hard and I did struggle with that for quite a long time. After three months, though, that feeling just disappeared – the rest of my time there was just amazing.

What was the hardest thing to get used to?

Just the solitude. You get used to having people around you, there’s a huge difference between being around people and being completely on your own. After a while I really started to enjoy it.

What was the most striking thing you realised?

I was never ill. In all the time I was living in the forest I was completely healthy. Of course, it was tough in the winter time when it was minus 40 and your pee is freezing before it even hits the ground. But when you live so close to your basic needs you make the right decisions because you feel it in your body, you feel it in your heart. When life is more black and white, it feels very good – decision making becomes a lot easier.

How easy was it to sustain yourself when you’re foraging for food?

I fished a lot but maybe, once every three months I would go down to the local village and buy oatmeal, so I wasn’t 100% self-sufficient. It wasn’t a problem. I stayed strong all the time I was there. I didn’t lose any weight while I was there. I think if you’re not so stressed in the head then you can get away with not eating everything you would normally. When you’re stressed it’s always important to take better care of the food you’re eating. When you’re stressed, your body uses more energy and more vitamins. That’s my feeling anyway.

How did you stay fit over that period?

I was living naturally, which is a great way of staying fit anyway, but before I entered the forest I had suffered a big injury. In the winter I was not able to run but I took my skis with me and for two hours every day I would ski over the mountains. It was probably the best endurance training I could have done. It was hard going but it got me very fit, very strong. When you’re outside in the cold weather your body burns a lot of fat too. I felt like my body was burning a lot more fat than it would ordinarily have done. Training in the cold really keeps you fit, I believe.

How important was that exercise time?

It was hugely important. To just go off by yourself in the mountains, it helped me to get my thoughts in order, it helped me to really clear my mind too. When I was really, really cold it also helped to get warm! I wasn’t training the way I was before as a runner, I was doing exercise as part of my way of life.

How did you also stay mentally strong when you were completely alone?

Today, you have so much information around you every day. Sometimes in life I think it’s just really important to be by yourself. You are constantly bombarded with things day-to-day and getting away from that makes you feel that you have more possibilities – you have a better feeling inside of you. I just needed to be by myself. Not everybody, of course, needs four years but to be by yourself for, say, a week or a month – I think that’s something that can really help you as an individual. You see life in a completely different way. Of course, sometimes when you don’t talk to anyone in three months, it seems a little bit strange but going down to the village and having a conversation with someone was enough for me.

What was the most frightening thing that happened to you?

In the beginning, believe it or not, I was really afraid of the dark. It wasn’t a physical thing, it was a mental thing, but it was a really big fight for me. That was a huge battle. There were, of course, wolves and bears in the forest, but they were more frightened of me than I was of them. I was able to handle that fear of the dark after a while, I accepted it and just got on with it. That was a valuable learning experience too.

What made you decide to come back?

I was really close to my grandfather and a friend of mine got a message to me to tell me that I must get in touch with my father. I thought my mother had maybe died but he said that my grandfather was going to die and that if I wanted to say goodbye I needed to do it quickly. I took the train back home and saw him for the final time. I didn’t go back. I met my wife soon after and completely switched my way of life. Now I couldn’t be happier.

Running: the most epic routes in the world
BESTFIT