Get outside with the Outlook festival, Inflatable 5k and more!

Get outside with the Outlook festival, Inflatable 5k and more!

There are few more stunning and enjoyable sights in the UK than Rockingham Castle in the height of summer – unless, of course, you’re turning up for one of the country’s most enduringly painful races. Even regulars of ‘The Suffering’ could be in for a shock when they rock up to see some of the extraordinary obstacles placed between them and the finish line. Put simply, this race isn’t for the faint-hearted, just ask those who have completed the terrifyingly challenging courses before.

Described by the organisers as ‘a challenge forged in the fires of hell’, those brave enough to tackle either of the three courses on offer are in for an unforgettable day – and one their body will be screaming at them to never attempt again. The Suffering V is a 5km course packed full of obstacles and mud – an introduction to purgatory, if you like. Those feeling slightly braver can tackle the 10km version which is twice as long and double the trouble. Those who never know when they’re beaten, meanwhile, can take on the Pain & Suffering 10 miler, which does exactly what is says on the tin, and then some. Mud, hills, Reapers, water… if you can finish this then you can finish anything. 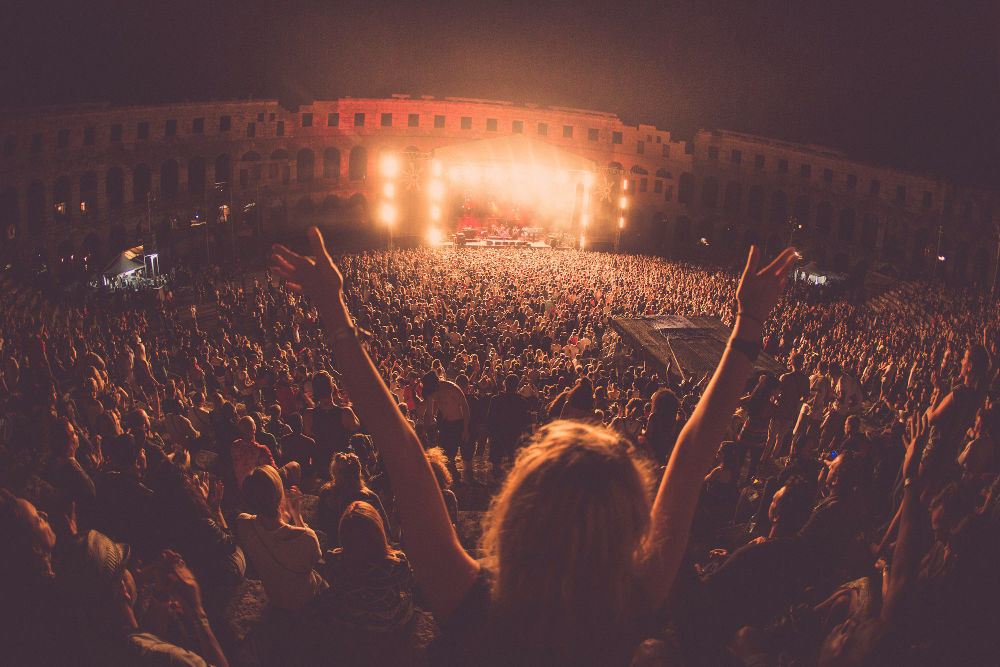 The legendary gathering in Croatia is now firmly established as one of Europe’s must-do events. Featuring artists from across the world, including the likes of Dizzee Rascal, Wiley and Goldie, the four-day event in an abandoned fort perched high above the Adriatic Sea offers music lovers the very best in underground dance floor music. Badged as being ‘unlike any festival in the world’, the organisers consistently attract some of dance music’s biggest and most innovative figures from the worlds of house, techno, dubstep, reggae, dub, hiphop, garage, grime and electronica.

Now approaching its tenth year, Outlook is going from strength to strength and, as well as the festival itself, you can also set sail on the glistening Adriatic with some of your favourite artists, a fully stocked bar and a belting sound system thanks to one of their infamous boat parties.

If it’s an amazing vibe you’re after to finish your summer, then look no further, one of Europe’s undeniable festival gems is waiting for you. 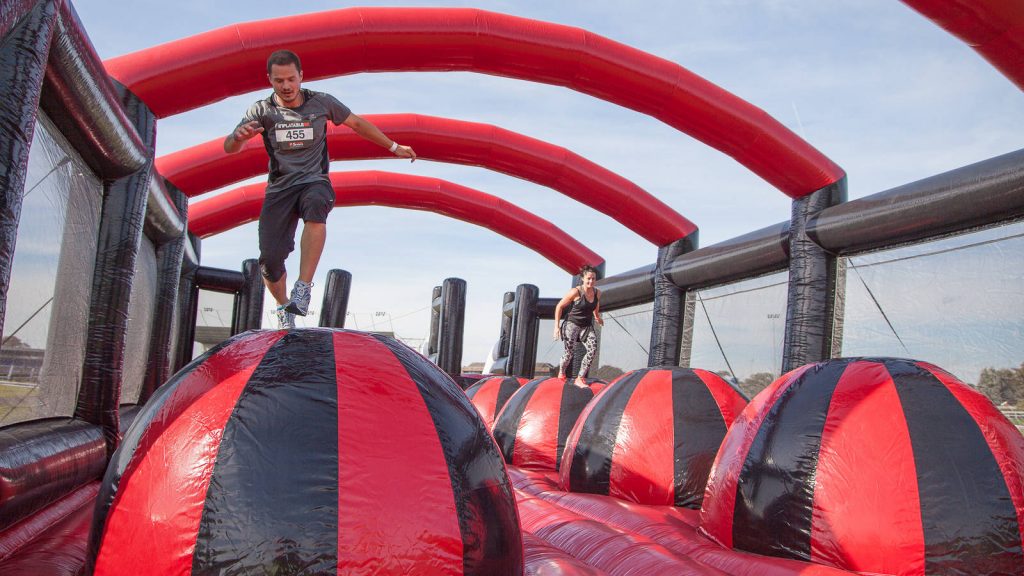 If inflatables are your thing then look no further than one of the UK’s craziest races, set over a course that will send you flying and bouncing before flinging you in the general direction of the finish line. Packed with some of the largest and most extreme inflatable obstacles you’ll ever come across, the inflatable 5k will test your fitness, balance and sheer bloody-mindedness to the full. Held at Nottingham Racecourse, this hugely popular event consistently attracts inflatable enthusiasts from across the country – and the names of the obstacles between you and the finish tell you everything you need to know.

Beginning with the Start Mountain and continuing through the ominous sounding Bish Bash and Mega Mountains, you’ll be on your last legs by the time you have a choice of two obstacles to finish the race. Whether you choose the Leap of Faith or The Plummet, brand new for 2017’s race, is entirely up to you. With six different start times, beginning at 8.30am and finishing at 3pm, there’s something for everyone in a race that’s hugely popular with young and old.

Held at Heat Park in the Heart of England Conference and Events Centre, the Mudnificent Seven is as a tough a challenge as you’re ever likely to face. Split into separate 1km zones, the race is a mud-soaked obstacle course that poses a relentless test of strength and stamina. 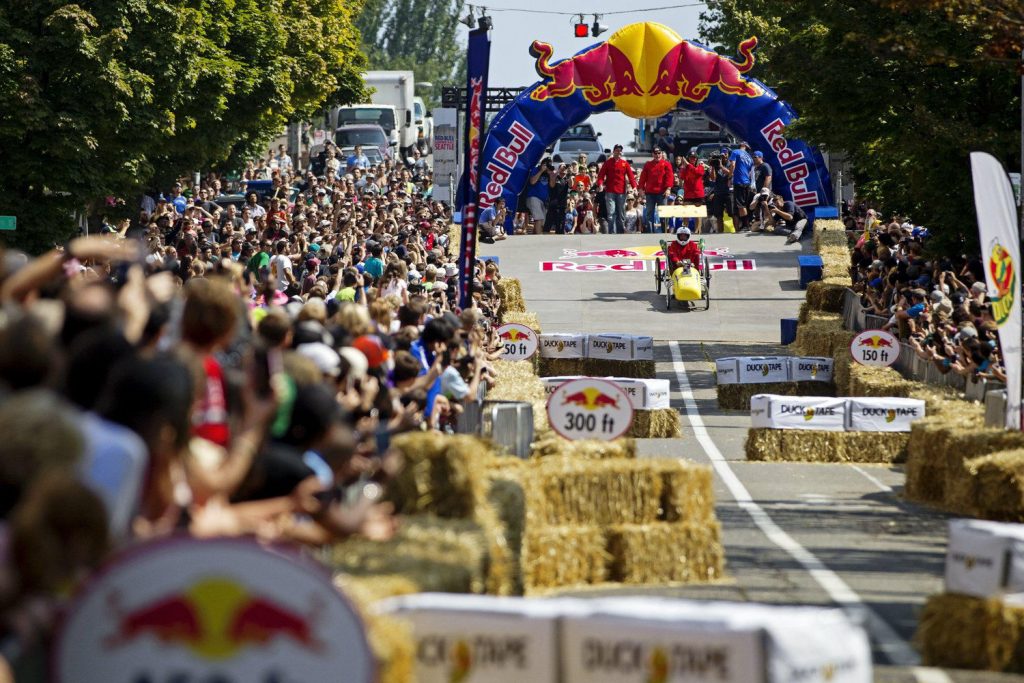 One of the most fiercely competitive and slightly insane diary dates in the English summer calendar returns to London this summer for the first time since 2015. Just finishing the downhill course at breakneck speed is an achievement!

Love music? Love fitness? If the answer to both of those questions is yes then you’ll be all over this year’s LoveFit festival in the stunning surroundings of the historic St Clere Estate in Kent. This unique festival is a fusion of fitness, well-being and music – a natural blend that leaves you wondering why it has taken so long to arrive.

The electronic music and arts festival is now in its eighth year and continues to go from strength to strength. As well as attracting some of dance music’s biggest and most influential names, the festival, hosted in a north Wales forest, has proved a massive hit for almost a decade. There’s plenty to do away from the dance tents too.

Duncome Park may be one of Yorkshire’s finest stately homes but tradition will go out of the window as competitors attempt to complete one of the UK’s toughest obstacle races this July. Everyone wants to be a Dirty Hero at least once in their life and this race, in one of the UK’s most stunning locations, poses a unique challenge.