After 20 years on Emmerdale, Kelvin is pursuing pastures new, including working on BESTFIT TV!

Welcome aboard Kelvin, you’ll be presenting the next series of BESTFIT TV! You’re massively into your fitness aren’t you?

Definitely. From my late teens, I’ve always been playing sport and I started doing weights with my rugby team on a Tuesday and Thursday night. We would do a weights session as young 15-year-old kids and it just sort of went from there. A lot of my friends went onto play professional sport and so there were obvious benefits to having a good strength and conditioning element to your skillsets. As an actor that wasn’t needed so much, so it became more of a social thing for me, really. I would train with friends but more than that, it was good to have some head space.

How has your routine changed over the years?

Now I train in the mornings and by 8.30/9am I’m done and I’m feeling on top of the world. For anybody, it’s what you want to take out of training. It’s not about getting a beach body or anything like that, it’s more about the endorphins – all the things that have a positive impact on the rest of your working day. I know if I’m training I’m eating better, I’m sleeping better and my general self-esteem is better
– I have a more positive mindset and I have a bit of a spring in my step. 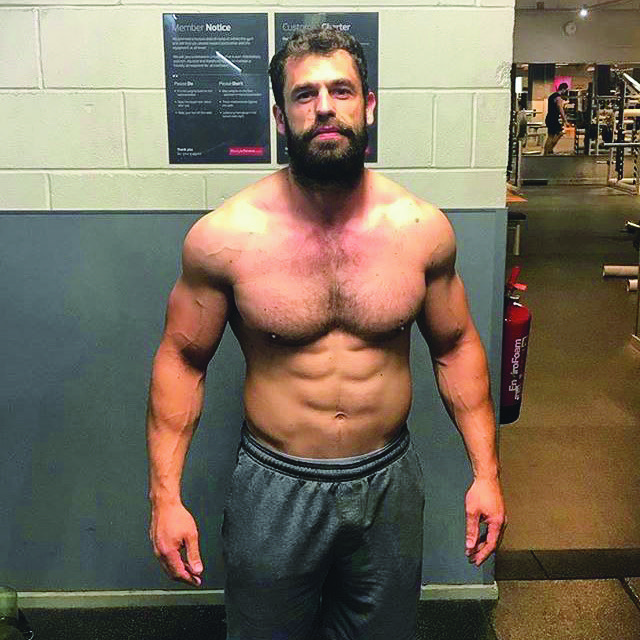 Do you notice a difference when you’re not training?

You always notice when you’re not training, that’s when you feel a little bit under the weather. Whether it’s running, rowing, yoga or weights – you really notice it when it’s not in your life. I think as you get older it’s more important as well.

It’s very different in many ways. Time-wise, I can apply myself to other projects now because I’ve got so much more time. Emmerdale was so consuming. There are so many other things away from acting and now I’m able to apply myself that much more – I’ve got more balance in my life. Acting-wise, it was great to take a year out anyway and I’ve been writing a lot of my own material. I’ve got a couple of little script ideas that I’ve got in with a production company at the minute, which have hopefully been given the green light for commission. I did a bit of presenting for Channel 5 at the start of the year and then did a new show for Netflix up in Edinburgh, which I think I’ll be back on at the end of the year. Then I’ve got my first musical starting next month – we’re in London for four weeks and then up north for four weeks. That has kept me pretty busy.

How important is fitness to help you shape the way you go about your week?

It’s just important to keep an active hand on the fitness side of things because, with a family and when you’re busy with no set working hours, you can lose that routine and go three, four, five days or sometimes even two weeks without training. You feel the adverse effects of that. With more time, that lack of schedule and lack of routine can hit you a little bit harder. Things are very different but I’m happy. I still feel exactly the same as I did when I left the show. I’m glad I’ve got the freedom I’ve got now.

Talk us through your regular
fitness routine….

I do try and mix it up as often as possible. For me, training has to be something that’s fun and engaging and something that you can stick to and that you enjoy sticking to.
I spend a lot of time over in the States at the minute and Crossfit is huge over there. It’s a really big thing and it’s something I really enjoy.
It’s quite cool but there are limits to what I do. A lot of the time you’re lifting quite a substantial weight, at least body weight-type stuff and there’s a lot of movement that, if not done correctly, you’re asking for an injury. When it’s done with an element of time and when you’re fatigued then form goes completely out of the window, you just try and get through the rep. That, for me, is what a lot of Crossfitters do and that’s where I draw the line because I don’t want any injuries. I’m all about form, and I’ll try and do three sessions a week at 6.30am in the morning. It’s a discipline, I know I have to be there at a certain time and it’s an opportunity for me to challenge myself and buzz off whatever little gremlins I have from the previous day. They’re awful workouts! But I love that element
of competitiveness.

How do you supplement
your crossfit?

I still like to keep up the weights as well and do anything between two to four weight classes a week. That’s just general – a couple of upper body and a couple of lower body, just simple. I’ll mix it up as well. Every month I’ll go from high-rep volume stuff to low reps – just to keep my mind engaged. There’s only so many exercises you can do and people get obsessed with it, but it’s the diet that’s the big thing – that’s 70–80% of how you look and the way you feel in your body.

How important is fitness for the GT4 racing you’re currently doing?

The racing is more mental fitness. Mental fatigue is the toughest thing during a race, really. It’s extremely hot in the car and I can probably lose two kilos in a race. It’s pretty taxing in that sense. I’ve never worn a heart monitor but on the startline I would be 160, 170, I’d be up there – the adrenalin will be kicking in. Once the race starts, though, you’re just simplifying your inputs really, but the mental toughness is the thing, that’s the most difficult element in the car. 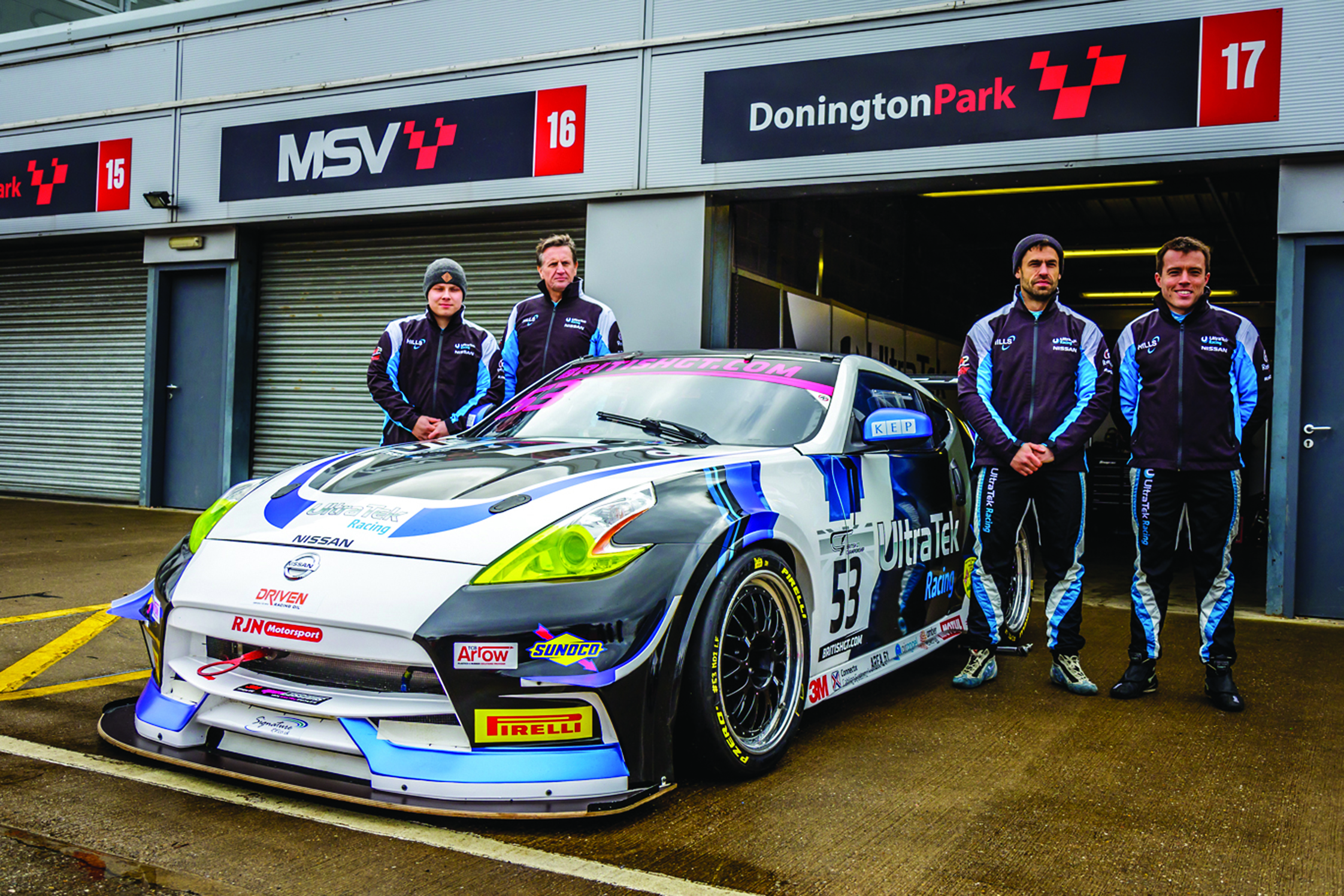 BESTFIT TV resumes in the New Year, so what will you be doing until then?

I’m the Tin Man in the Wizard of Oz throughout November and I can’t wait. It’s just a great time of the year to be on stage. My little daughter and my family can come and watch me and I’ll be in a completely different capacity to what they’ve seen me in before. I’m looking forward to that. I’m in the process of trying to source a gym in London – I wouldn’t mind a bit of group training while I’m down there. I’ll probably bring the bike down there too, so I’ll be doing five miles a day to and from the theatre, which will be good.

Kelvins 10 TRACKS TO TRAIN TO

This is how we do it / Montell jordan

What they say /Maya Jane Coles

knocked up / Kings of Leon

Turn down for what / DJ Snake feat. lil’ jon

Tags:
Previous Article
Cirque du Soleil is not your average circus.
Next Article
The mindset needed for a successful body transformation

Train with Our Home Workouts
BESTFIT

Home Workouts Every Day on Your TV Screens
BESTFIT

Couple Transformation: Before and After
BESTFIT

Train with Our Home Workouts

Home Workouts Every Day on Your TV Screens

Couple Transformation: Before and After