North London producers Kye Gibbon and Matt Robson-Scott, aka Gorgon City, are busy touring the world. Here’s how they stay on top of their game…

Your tour schedule looks pretty hectic, and you’re bouncing between English festivals, Ibiza and more. Do you find the travelling/schedule hard and if so, how do you combat the stresses and strains of travel alongside the late nights you’re working?

The most gruelling part of our job is the travelling. Waiting at airports and getting really long bumpy car journeys are the worst parts. We spend a lot of time working on tunes on our laptops to keep ourselves busy. Also listening to new promos for our radio show and DJ sets.

Are you both into your fitness? Your shows are very visual and your sets are busy, is that all part of the show?

Matt: I am. I regularly go to the gym when at home and on the road. I also go on bike rides with friends in London.

Do you manage to eat/drink well when working or on tour?

This is another difficult part of our job. It’s really hard to eat well on tour. Airport and airplane food is generally crap. Being in the middle of nowhere in North America is also a hard place to find healthy food. We try and stay healthy. Kye is a vegetarian, I also have been eating a lot less meat over the past year and I’m feeling better for it.

You spend a lot of time in Ibiza, which seems to be developing a healthy side alongside its hedonistic reputation. Have you found that?
Yes there is a lot of that side to the island. But food wise, you see a lot more bohemian style restaurants and cafes everywhere. The food is really good, and some of the restaurants are incredible. The seafood is great.

Many DJs and producers we speak to are saying staying fit and eating well is becoming an increasingly important part of the DJ lifestyle… would you agree, and has this changed since you started?

Yes 100%. DJ schedules are more rigorous than ever as there is little income in selling music. So we all have to tour like crazy. In order to do this without burning out you have to be healthy, otherwise you won’t last long.

To many, you’ve experienced a pretty quick rise to fame, though of course you’ve both been working in the industry for some time. To what do you attribute your success in the last couple of years?
Our album Sirens was a big success and then when we developed our live show with a full band I think we cemented ourselves as a global live act.

Did you notice a change when you had your first top five single?

You had a very busy 2016 with the release of Kingdom and you worked alongside Wyclef, what’s lined up for the second half of this year?

More touring, more releases and more remixes. This new release with Duke Dumont we have done is the start of it all…

You love to sample loads of stuff, including your own… does that make it harder to ever finish your records?!

Not really. When we’re together we get stuff finished pretty easily.

You used to be influenced by drum and bass and underground music… what influences you now?

All styles but particularly techno and tech house. We listen to all types of music though.

Where do you love to DJ most, and where have you experienced the best reactions to your music?

We love Ibiza. It feels like it’s our home in the summer and we have now become a part of the regular DJ family there now. We also love playing in California, our fans are amazing there.

Give us your top 10 tracks to exercise to:

Waze & Odyssey – Set It Off 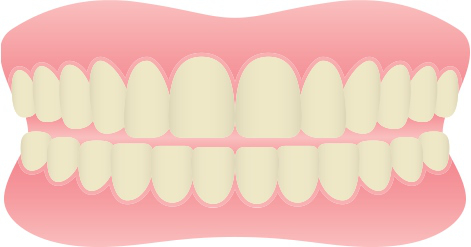