THE HEAT IS ON 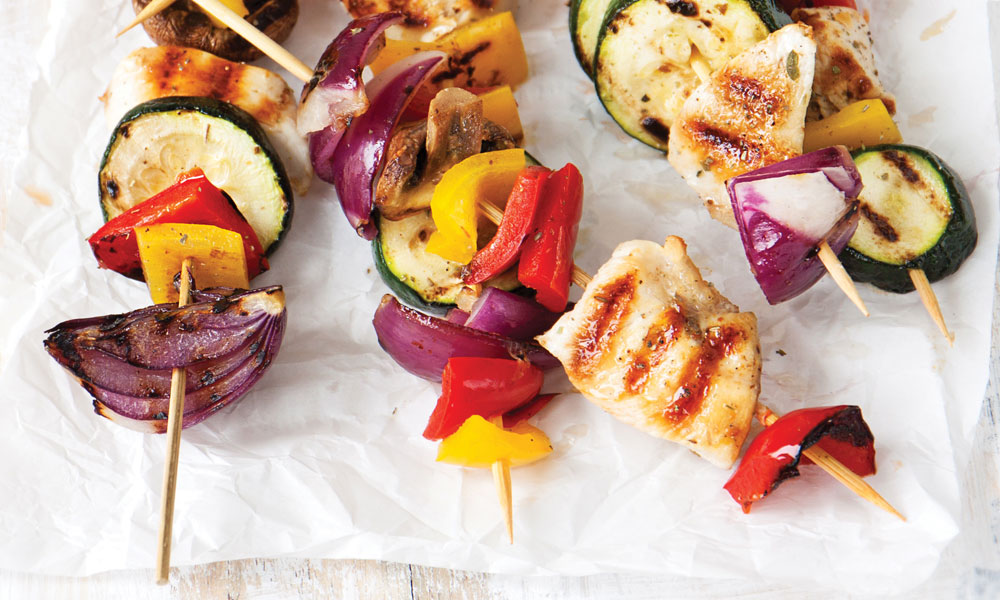 When it comes to barbecue season, people are often found soaking up the sun and consuming chargrilled fodder.

But what exactly are the pitfalls of this great British tradition, and how can we avoid them without avoiding the sumptuous flavours?

We tend to over indulge at barbecues as we get carried away with the amount we cook, and with things ready at different times we graze and monitor our consumption less accurately. The addition of alcoholic beverages means we are tempted to eat more as we drink more. Alcohol can lead to increased calorie consumption.

How can we make better food and cooking choices?

Firstly, your choice of cooking method can effect the way the food is cooked, and the flavour.

Charcoal is traditional and can also be cheaper than gas; it’s the only way to achieve the smoky flavour you have grown to aspire to, and enjoy. Traditional charcoal can take a while to light and reach peak temperature. Gas however, is almost instantaneously at the correct temperature. Gas can allow the food to be cooked more evenly, which can reduce the possibility of food poisoning.

However, there are serious man points for firing up a charcoal barbecue and trying not to cremate your burgers. You may be concerned by information published recently about the carcinogenic effects of burnt food on the human body. This research has shown that grilling meats at high heat could cause the carcinogens heterocyclic amine (HCA) and polycyclic aromatic hydrocarbons (PAHs) to form.

However, don’t give up on your burgers just yet. Here are some hints and tips for you.

Using a marinade could help, so don’t be afraid to throw on some spices, thyme and garlic. Sage in particular has been found to reduce the HCA’s. Reducing the temperature and increasing the amount of time you cook the food for will also ensure its cooked properly without burning the outside. Some may advocate microwaving the meat first to reduce risk of eating uncooked food.

Grilling vegetables to make a kebab of half meat and half veg will reduce the meat intake but also, unlike meat, the vegetables don’t harbour the carcinogens in the same way according to research.

How else can you switch up your recipes for healthier versions?

You could swap out your traditional beef for bison, which is a great source of iron and vitamin B. Also, try grass-fed beef when you can.

You could also try ostrich meat burger instead of beef or pork, too. Ostrich has a great protein profile and has even been recommended by the British Heart Foundation as their red meat of choice.

Making an ostrich kebab is easy enough; simply chop your veg usually peppers, onions  and tomatoes, and slice up your ostrich steak. Thread alternate meat and veg onto a skewer and pop on the barbecue turning regularly. The sauce is Alpro coconut with fresh mint and cucumber.

You could also try your hand at making shrimp or crab burgers,
which are an excellent source of
protein and will help to reduce your intake of red meat.

If you want something lighter, or to accompany your creations, a purple potato salad will offer carbs and a welcome change from the bread buns, plus a starch resistant source which can keep you fuller for longer. You could use Mayola and chives for a vegan dish, while barbecued salmon fillet is perfect for an omega boost.

Grilled harissa belly pork is a fantastic alternative to ribs.

And if you are feeling like you need a dessert, why not try PB banana Nice cream, or a summer berry pudding? Other than that, enjoy your barbecues, and don’t get burned.

Recipes for a Healthy Summer BBQ