The dangers Millennials face trying to achieve the perfect body

The dangers Millennials face trying to achieve the perfect body

The quest for the perfect body

Millennials are putting their minds and bodies in danger in an effort to achieve what they feel is the perfect look, writes Richard Edwards

The quest for a perfect body is driving millennials to sacrifice both their mental and physical health in a bid to live up to the images they’re bombarded by in the media.

That’s the headline finding from research, which should set alarm bells ringing across an entire generation.

Never before have a group of people been so exposed to body images that are largely unachievable and, more often than not, altered to make the subject look even more flawless.

Little surprise, therefore, that some are prepared to go to extreme lengths to get the body they crave and the body that, many believe, society and particularly their peer group expects them to have.

The study, carried out by holistic health and well-being website, Make Your Switch, found that a staggering 60% of millennials – commonly defined as those reaching adulthood in the early part of the 21st century – risked both their physical and mental health in search of the perfect body.

Almost four in ten (38%) said they were prepared to sacrifice their mental health and well-being through extreme dieting if it meant them achieving what they perceive to be their ideal weight. Women, meanwhile, were six times more likely to worry about their body image and weight rather than their health – a sickening statistic and one that presents an obvious dichotomy given the clear link between a healthy approach to fitness and the physical and mental health benefits it can bring.

The majority of those involved in the study appear to be ignoring the serious health side-effects that severe dieting can bring. These include insomnia, dizziness and even heart disease in the most extreme cases. As many as 27.6% of those questioned said they were prepared to settle for poor sleep as a result of insomnia, with 15% apparently unconcerned by heart disease if it meant them having a figure they deemed acceptable. 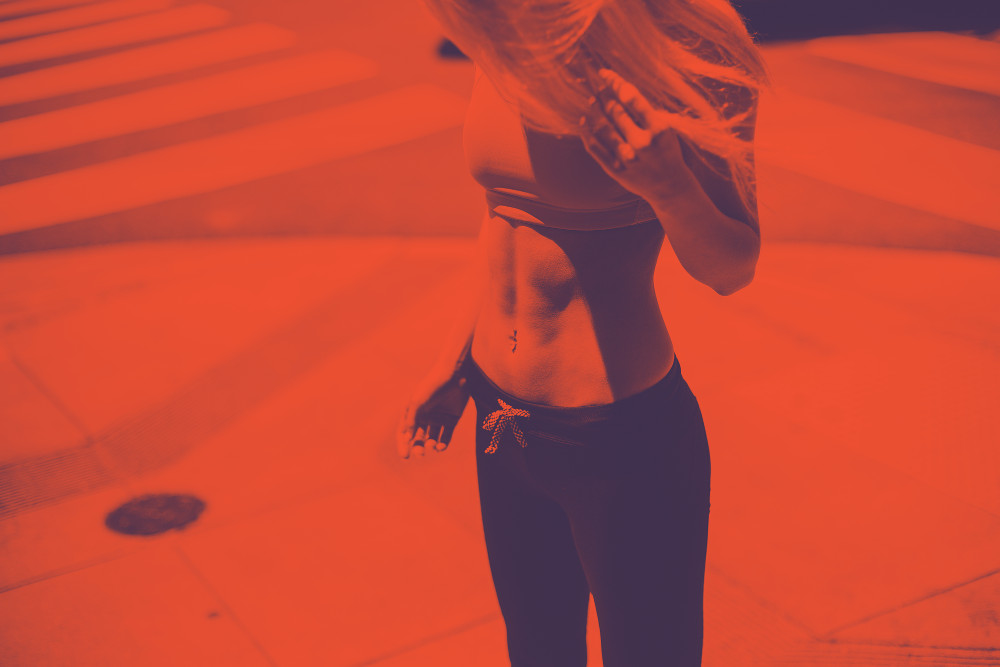 In an era of rampant mental health issues, 38% of millennials said they would sacrifice theirs to achieve their body aspirations.

It’s too simplistic to blame celebrities and social media for the findings but there is clear evidence that the quick-fix methods effectively championed by high-profile figures are having a serious impact on the mindset of those looking to follow their lead. The report also suggested that social media trolling, fitness bloggers and Instagrammers, and social media challenges also had a sizeable impact on body image and a constant desire to meet the brutal expectations many felt were being placed on them.

As many as a quarter of young people in the research have used diet pills, three in ten have opted for juicing and almost a fifth have chosen to fast to lose weight. Only 10% said that they followed a balanced diet. With these findings, it’s little surprise that 27% of millennials said that their weight was their primary source of insecurity – comfortably ahead of their stomach, their skin and their personality.

The findings should act as an enormous wake-up call for individuals, families and the government – and Clare Kenny, expert psychologist and founder of Make Your Switch, hopes they will elicit a positive response.

“There has been a huge shift since we became more socially connected,” says Kenny. “I think, at that point, people started exploring other people’s identities and images. There has been a fundamental shift to what people believe they should look like and what they aspire to look like. If you don’t match those images, then it just reinforces that negativity. This ‘perfect body’ is completely mythical and social media is little more than, well I don’t know what else to call it than bulls**t. It’s an edited version of life.

“Young women and young men are growing up with these iconic Instagram successes that make them feel that if they aren’t practically clever – achieving at school – and not aesthetically beautiful, then they’re losing their frame of reference for success. That’s a massive worry.”

From a social media perspective, Pandora’s Box has now been opened and will never again find itself slammed shut. Having the strength to forge your own path while ignoring the excesses of the internet is an enormous ask, particularly at an age when most are still finding their way in the world. The most worrying aspect, though, is the damage these people are potentially doing to their body while attempting to keep up with the Jones’s.

“It’s staggering that so many people are prepared to risk their health and go so far to make yourself unhappy and unhealthy in order to look good,” says Kenny. “Sixty per cent would be prepared to risk sickness for the perfect body and when you look at the issues that they’re talking about it’s incredible. I mean, 15% said heart disease, 15%! That’s a life-limiting, debilitating, risking-death situation. That would be more acceptable than not being beautiful. That is how far we have got confused about what matters. We’re moving away from what health is and putting the emphasis on what it looks like. We all know that things can look very shiny and beautiful on the outside when on the inside every is falling apart.”

Emphasising that mental and physical health is intrinsically linked to a lifestyle that incorporates a balanced diet and the knowledge that eating and living well always trumps fads, is a massive challenge for the fitness industry. But Kenny believes it’s one that they should go to great lengths to tackle head-on.

“People are not thinking about the consequences – they’re thinking about the immediate gratification that having the perfect body gives them,” she says. “To some degree they’re already exhibiting a degree of mental unwellness by being willing to accept that in the first place. It’s up to all of us to change perceptions. We need a nation that says ‘what I put into my body is good and the level of exercise I do is realistic’. That’s what we need to do to change the direction society is going.”

Tags:
Previous Article
Get your juicing on with the Russell Hobbs 3-in-1 juicer Juicer
Next Article
GHOGY offers a great way to get fit from home