Kai Greene: the best of a generation 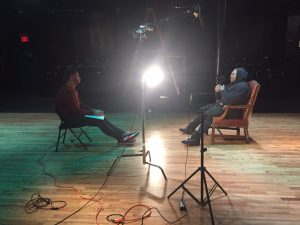 He’s one the best bodybuilders of a generation, but also one of its greatest enigmas; matt mcevoy sat down and got to know Mr Do It Right, Kai Greene
Kai Greene is bodybuilding’s greatest enigma. He has one of the most outrageous physiques the sport has ever seen, is one of the most theatrical, and has had a career that has spanned three decades with consistent success.

Yet Kai Greene is considered one of bodybuilding’s greatest underdogs. His quest to reach the pinnacle of the sport has been defined by hardship; from a childhood spent in foster care to his failure to take the greatest prize in the sport on three separate occasions, Mr Olympia, Greene’s story is one that has captivated the professional scene since he broke on to it in 2004.

Kai’s finale however, is yet to be told. Ahead of the premier of Generation Iron 2, the sequel to the seminal 2013 Generation Iron, Greene talked to BESTFIT magazine to explain not just why the seismic shift in ambition matters, but why even after the disappointment of finishing third to Phil Heath in three consecutive Mr Olympias, his quest of self betterment is driving him on to take to the stage.

“Recognising the larger possibility to what I can achieve is infinite,” says Kai, as we catch up with him, shortly before the 2017 BodyPower Expo. “It’s not about me going out there to write my legacy; I go out there to demonstrate how I think about what I do.”

‘Recognising the larger possibility’ is something that Kai speaks about at great length, but seems as cryptic as he is enigmatic. He has finished second three times consecutively to Phil Heath at Mr Olympia, and will go down as bodybuilding’s greatest physique not to win an Olympia if he were to retire tomorrow.

Born in Brooklyn in 1975, Kai’s upbringing played a significant role in creating the physique that has captivated fans the world over. After being abandoned at the age of six by his parents and subsequently raised in foster care, bodybuilding became a release for Kai when he reached his mid-teens. The art kept him out of trouble, and encouraged him to realise his potential in an era where ‘bigger’ men reigned supreme.

Since he got his pro card in 2004, Kai has won 17 pro titles and has pushed the envelope for the bodybuilder as a showman. While the staggering flare on his lats do the business for some, or the fact every single muscle fibre in his prodigious set of quads is in attendance, Greene’s greatest attribute is his ability to speak. 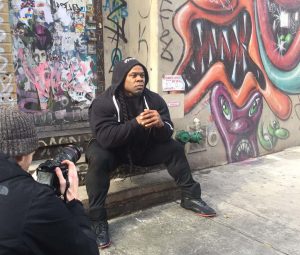 And after a notable absence at the 2015 and 2016 Mr Olympia, Kai has hinted that he is not done just yet: “I’m not content because I’m still working. I’m on the road, I’m filming, I’m working hard,” Kai says. “Being content isn’t my reality… My vision has had to expand. I couldn’t rest looking at the perceived limitations of what someone else said I could achieve. To get past that, I’ve had to get on the road, I’ve had to hone new skills and I’ve had to push myself until I recognise that outer objective.

“I can’t rely on my comfort zone. I can’t rest on the fact I know how to train and follow a similar pattern. I think that’s what the ‘classroom’ of bodybuilding is all about – the idea of self-development.”

Today, the class of Generation Iron 2 are looking beyond the glamour of winning a trophy. Kai, from anyone, typifies this sentiment the most: “The difference between Generation Iron and Generation Iron 2 is that in the first movie you have a group of people, every man and woman featured, working towards this one reality [their respective shows].

“The difference between that and Generation Iron 2 is that the people being followed and interviewed are in their own way submitting to a possibility beyond that singular goal. They’re not just getting ready for one show; it’s not just about the blood, sweat and sacrifice, or getting tuned up for that stage you’re going to get on, it’s about the larger stage, the one that goes beyond that single possibility. It’s about the process of personal life development.

“They are looking at developing further possibilities. They’re looking at how they organise their life, their business, their soul… they’re trying to discover what that vision of success looks like beyond a trophy.”

Despite Kai being two years older since he competed in his last Mr Olympia, these existential musings may hint that he’s ready to return to the sport’s biggest stage; three consecutive Arnold Classic wins in 2016 prove that ‘Mr Do It Right’ is still doing exactly that, and his dedication to his art is unwavering.
Art, it so happens, is something that has underpinned Kai’s reputation as the sport’s deepest thinker. He’s an acclaimed portrait artist, nearly always using himself as a muse.

But painting isn’t an indulgence for Greene; it’s a tool for self-reflection and analysis.

Greene is in many ways the figurehead of a generation of athletes that have had to justify their position that’s as image-conscious than it has ever been. Social media deconstructs and scrutinises and demystifies bodybuilders as much as it has becoming a social tool that can better them financially.

The pressure and the eyes are always on Greene, but one of his greatest features, other than his absurdly huge lats or tremendously defined quads, is his mind; experience has taught Greene that he can simultaneously be striving for greater things yet satisfied his mission is already accomplished.

We can’t wait to find out.

Pictures thanks to: The Vladar Company

Tags:
Previous Article
Save some pennies and eat healthy with Too Good to Waste by Victoria Glass
Next Article
The Lean Machines tackle dieting Myths