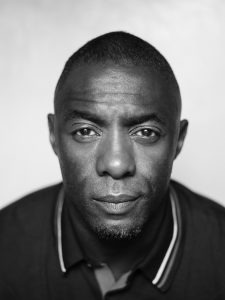 From drug kingpins to morally ambiguous police inspectors, Idris Elba brings a certain level of menace to every role he takes. Despite closing in on his 45th birthday, Elba’s currently in the best shape of his life – and there’s an iconic movie franchise that could soon be benefiting from the star’s ferocious fitness dedication, writes Jake Taylor

When it comes to keeping his impressive physique in peak condition, Idris Elba does things his way. Hours on the treadmill aren’t for him, nor is the relative tedium of the weight machine. A man like Elba, who made his name as a drug lord on US series The Wire and then the eponymous combustible cop in BBC’s Luther, needs something a bit more… explosive.

“Some guys want to be toned or want to jog for miles, but my ultimate fitness goal is to be fight-ready,” exclaims the 44-year-old. “If I step into the ring, could I go toe-to-toe for five rounds? That’s what I strive for. That’s what I consider fit. I want to know that if I’m being wrestled to the ground, I’ve got the strength to fight a man off.”

Elba’s desire to test his mettle in the squared circle has recently been covered by the Discovery Channel, documenting the star’s journey to his first professional fight in Idris Elba: Fighter. While he previously kickboxed during his 20s, Elba decided to put his body to the test – but unlike fellow Hollywood heavyweight Mickey Rourke, who famously took a facial pounding during his brief stint as a professional fighter that required extensive reconstructive surgery, he looked to come out unequivocally on top. “The truth is,” he says, “when you get punched in the face, or you get kicked in your leg, it hurts. There is no acting there.”

“The show was more of an experiment, really,” he adds. “Is it possible for someone my age to learn a new skill? It’s also about transformation of health and fitness. I used to kickbox when I was 25, for about two years. But I didn’t do it for a long time, so I decided to give it a shot as a professional. It has been a lifelong ambition of mine to fight professionally. Entering the ring to further test myself as a human being is a challenge I have been looking to take on for quite some time.”

For the burly star to succeed in his mission, he had to revolutionise his training habits. But first he had to change the most important aspect of fitness – his diet. 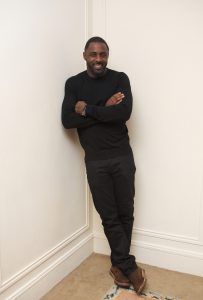 “I was over-confident in thinking that I could eat the way I always did and still train like a boxer,” Elba reveals. “That was impossible. You have to commit the whole way and it has improved my health and overall well-being much more than I could have imagined. I feel that I have much more energy now, eating mainly fish and chicken and lots of fresh vegetables, salads and things like that.”

And just as Elba eschewed traditional exercise goals for a chance to take on a professional fighter in a practical test of his fitness, his training regime reflected this move away from orthodox workouts. As someone who had to organise his time exercising around a hectic schedule for TV, film and his musical endeavours, Elba has long had to make sure his routine is adaptable.

To that end, his days on set were preceded by a 5am start, 45-minute jog and a one-hour session of push-ups and sit-ups at 100 reps a time. Alternatively, Elba swears by an intensive one-hour swimming session that “works every muscle” while simultaneously providing relief for a sore or overworked body. From then on, Elba draws inspiration from one of his heroes – and a man he portrayed on-screen in 2013’s Mandela: Long Walk to Freedom.

“Shadowboxing is one of the best workouts you can do. You don’t need any equipment, and it works every muscle,” he enthuses. “It’s what Nelson Mandela did many mornings in his jail cell.”

Elba then continues the high-intensity theme in a less imaginary way, with “three to four rounds of pad work in sessions of three or five-minute rounds” that mix up high and low kicks, combinations and light sparring. This is followed with a core exercise that Elba – like so many fitness fanatics – finds integral despite its nasty reputation: leg raises. “That’s ab work like you’ve never had it,” he laughs. “It’s rough… but it gets the job done!”

Another favourite warm-up also ties into Elba’s boxing heritage and can be picked up and practised almost anywhere, at any time. 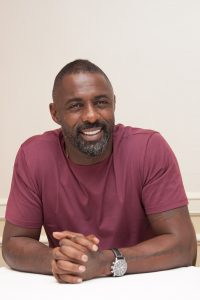 “My favourite way to break a sweat is skipping; I like to skip,” he explains. “Ten minutes of skipping is a lot of work, believe it or not. Your whole body’s going and you break a sweat very quickly. Skipping rope is fun and a great way to get your blood flowing and raising your energy level. A lot of great boxers like Muhammad Ali have always believed that skipping develops your leg muscles and improves your co-ordination.”

And this transition from the positive physical effects of a dedicated fitness regime to an upswing in mental health is one of the things that keeps Elba coming back to the gym time and time again despite his advancing years. Now in his prime physique – and with his action-man credentials leading to his name regularly popping up in speculation on who’ll take over from Daniel Craig as the next James Bond – Elba is a force to be reckoned with both inside and outside of the gym.

“It’s one thing to learn the techniques, train your body, and believe that you are ready to take on serious fighters, but it’s a whole other world to actually get into the ring and execute what you want to do,” he says. “But when you’re fight-ready, you feel like you can last forever.

“When I’m fit, I’m more focused. I have greater patience and my temper is more stable, so I’m better in almost all my relationships. I’m more vigilant about the stuff I put up with. I see clearer. When I’m out of shape, I’m emotionally lazy.”