Former S Club 7  member Hannah Spearritt has joined Eastenders after having spent the last few years turning to fitness to overcome a number of health problems. this month, she urges readers to turn to the weights for the biggest benefits

The process of ‘toning up’, aka building muscle and losing fat, is no easy task. There really is no danger of becoming ‘bulky’ in an instant, it’s physically impossible for it to happen overnight. You will see many Instagram fitness girls and PTs who look good in leggings and have a nice shape to their arms, but who still struggle for definition in the upper body despite doing weights for months.

Similarly, classes such as Body Pump or Boxercise will give you cardiovascular health, but they won’t target the problem areas that need weights the most.

On a side note, I quite often hear women talking about how their muscles got so much bigger after just a few workouts. This is the muscle filling with blood from the workout; ‘a pump’. This goes down straight after the workout and will continue to happen after every workout, it’s part of the process of conditioning. It’s not you getting bulky. You wish!

Studies indicate that there isn’t a huge difference in testosterone levels between heavily trained female athletes and women who do nothing. Increases in strength and power occurred with pre-training testosterone levels staying the same, which suggests testosterone levels in women can indicate athletic potential, but aren’t the most important factor for muscle building. They did find that lifting weights for longer than six months had an impact on raising testosterone levels, so consistency is key. Women only produce the hormone whilst we’re lifting but not before or after compared to men, and that’s why it’s far easier for them to put on muscle. However, while many women do suffer from low testosterone (largely due long-term use of the contraceptive pill) we do have higher levels of growth hormone. Weight lifting will raise this hormone for us before, during and after weights.

If we don’t do them properly, we end up using the wrong muscles, or making them chronically tight or, worse, injuring them. An example would be if your glutes are weak, you’ll never really tax them no matter how many squats you do, as your quads (front thigh) will dominate the exercise.

The same would go for downward dogs in yoga; most women just don’t have the strength for this exercise, yet they’re thrown into it for too long, too early. A stiff neck and shoulders quickly follow.

4 The type of weightlifting…

It’s a better option for women to use higher reps and lighter weights, but only to start with. However, if you don’t progress from lighter weights you’ll never see any results.

I would say a maximum of 12 weeks going to failure at 15-20 reps for 3 sets will give you a base level of muscle strength, and also strengthen your ligaments and tendons (joints) without risking injury. Use compound exercises that use more than one joint ie deadlift, bench press and squat. They spread the workload over multiple joints and therefore avoid isolating a joint new to weight training. They also burn far more calories.

5 The need to progress to heavier weights!

After you have sufficiently strengthened/prepared your body for intense weightlifting, you must kick on to keep progressing. When doing this, remember that it is not the amount of weight that will give you bulky muscles but the type of exercise. Your muscles are made up of muscle fibres and sarcoplasm. If you perform bodybuilding or muscle-isolating workouts you will increase the amount of sarcoplasm in the muscles, which increases the amount of water and carbohydrate stores and the size of the muscle. This isn’t a great look. In contrast, you can build muscle fibres only, giving you more strength, encouraging the body to shed intramuscular water and carbohydrate stores (sarcoplasm) and give it a much more chiselled look. THIS is what we’re after! These types of weight workouts would entail only 5-8 reps for 3-5 sets and would be recognised by most coaches as max-strength workouts. 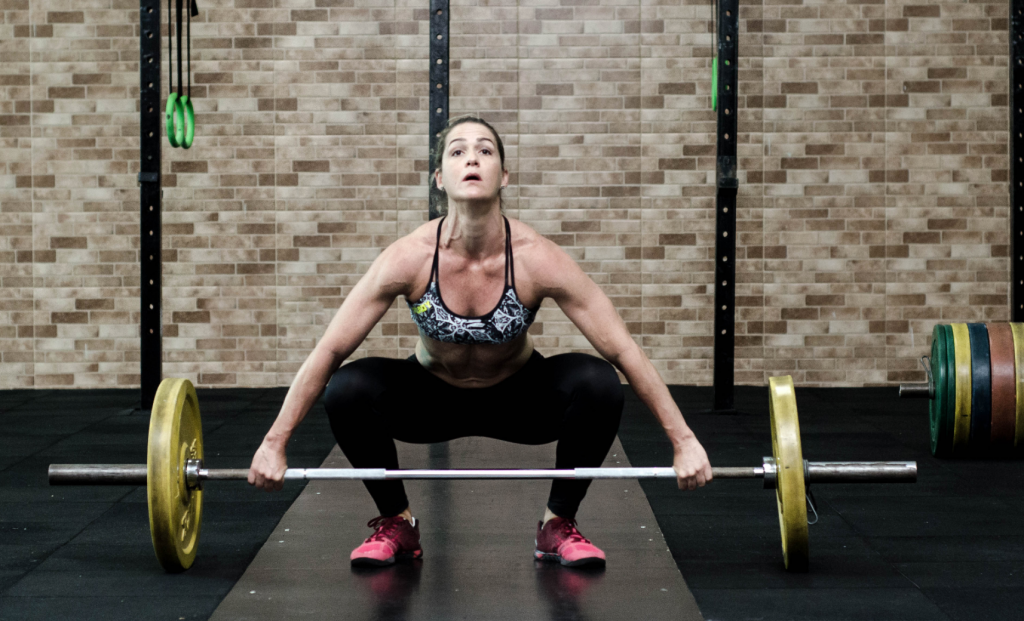 Use a weight you are comfortable with and focus on form. Gradually increase the weights over a period of 12 weeks before you attempt any sort of heavy weights routine. Good luck!

Previous Article
Christmas is a distant memory, it’s time to crack on
Next Article
Simon Webbe joins us for a 12 week transformation.