From Sea to Summit: raising awareness of endometriosis

From Sea to Summit: raising awareness of endometriosis

After suffering from endometriosis from an early age, Andrea Mason openly admits swerving smear tests that may have picked up her cervical cancer far earlier.

After coming through gruelling treatment for endometriosis, Mason decided to set herself a target in order to raise awareness. The Blackpool-based 38-year-old set out to swim the channel, then cycle to Chamonix before scaling the heights of Mount Blanc. The Sea to Summit sounds crazy. Because it is… ! 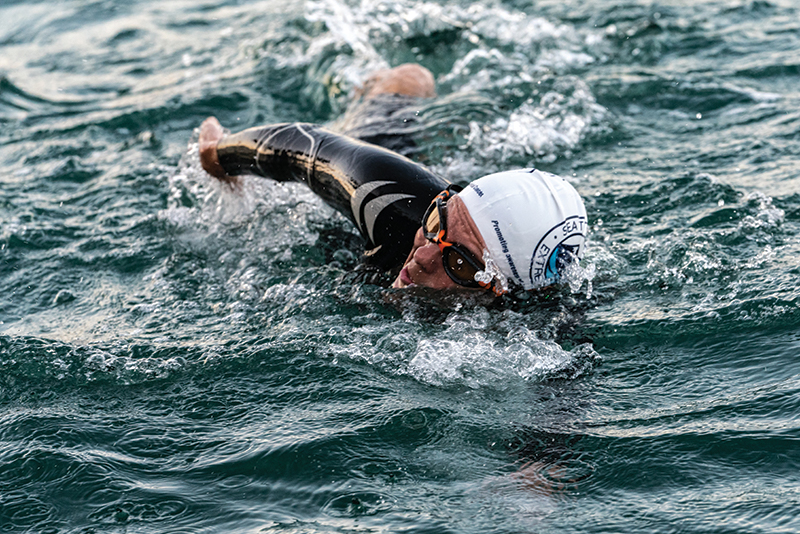 Talk us through what it’s like to swim the English Channel at night?

It was something I was worried about, if I’m honest. One of the biggest stresses of the whole thing was not knowing when I was going to start the swim because of the weather window for the crossing. The other worry was not knowing what the weather was going to be like in Chamonix because that could have been equally difficult for the mountain part of the challenge. I did have to take quite a risk with my start time because of the weather window closing in on Mount Blanc. I had to take the first opportunity possible and ordinarily, you have to leave one hour before high tide. Apart from the first hour and a half I swam in pitch black all night, apart from the lights of the P&O ferries that seemed to be coming very close to me.

Do you have any sense that you’re getting closer to France while you’re swimming?

There were quite a few times when I was thinking ‘what on earth am I doing?’. The hardest hour for me was the third hour of the swim when it was getting dark, it was getting choppy and I could see the ferries in front of me. I had no idea how long I was going to take but also knew that the timing meant that most of my bike ride would be in the dark as well. It was tough. Really tough. You can definitely see Calais and the lights of Calais. But that can be detrimental because you think that’s where you’re landing, whereas you actually arrive in France along the coast by a single lighthouse. I was slightly delusional near the end of the swim and was convinced the boat was taking me to the wrong place!

“There were quite a few times when I was thinking ‘what on earth am I doing?” 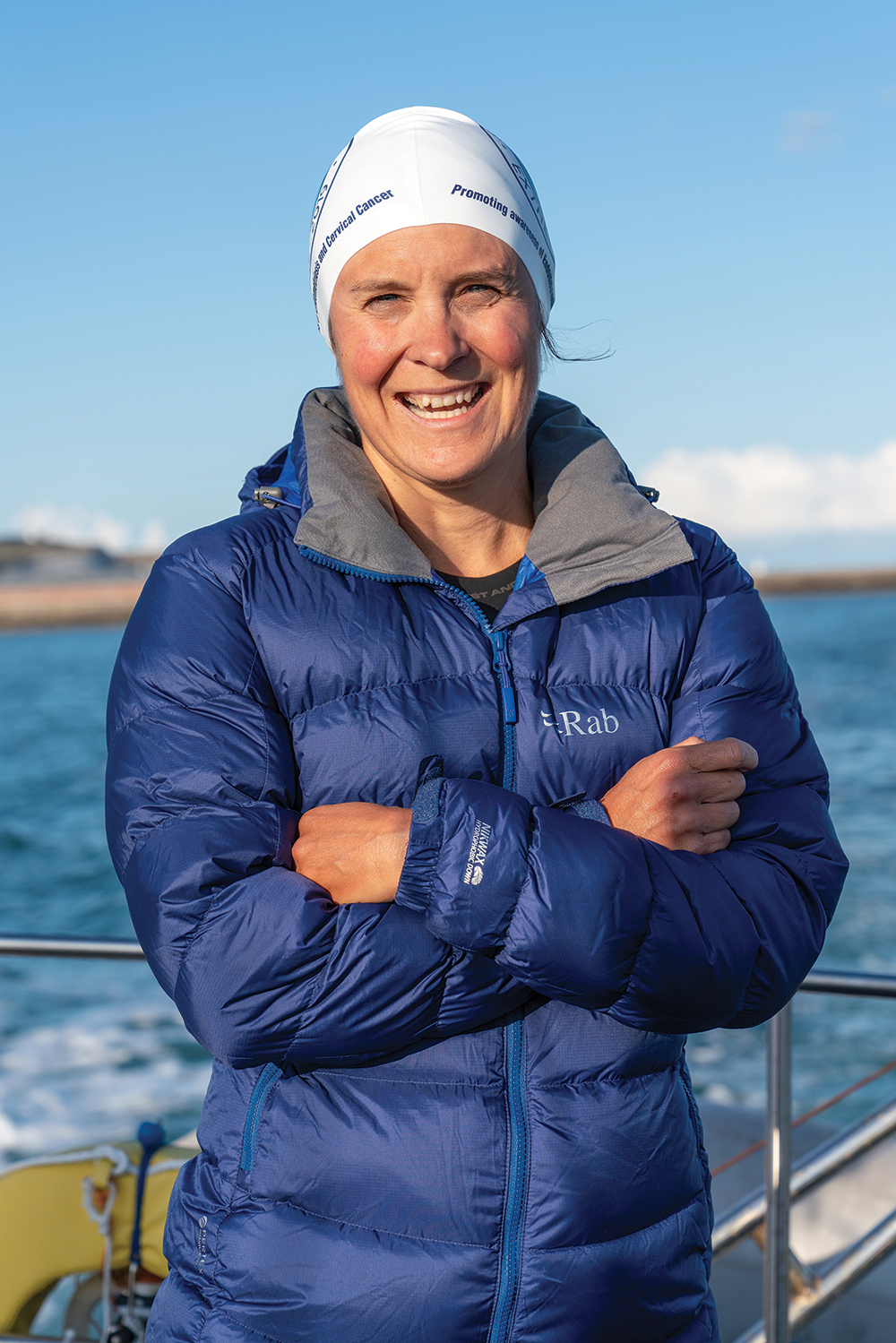 Was it more exhausting that you thought it was going to be?

It was more mentally exhausting than physically. I was pretty well prepared for the swim but in the dark you get pretty disorientated, so you get sea sick. I spent a good few hours while we were in the shipping lane, throwing up everything that I had been eating and drinking.

After that, did the bike ride seem like a walk in the park?

In my head, the bike was going to be my rest, my recovery. If you can call riding 300km a day restful. In actual fact, most of the cycle was in the dark as well, which was another challenge mentally. It got quite cold, particularly on some of the descents when I was getting close to Chamonix. I hadn’t really acknowledged the impact that the lack of sleep would have. 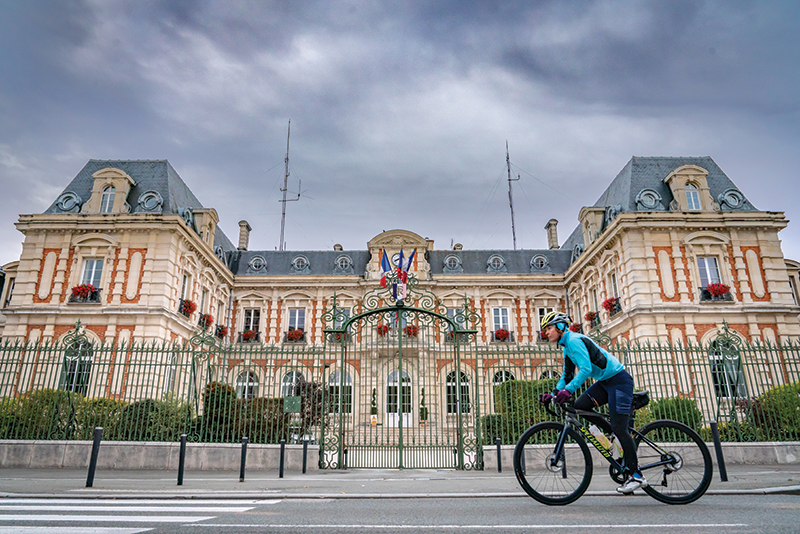 How did you cope with that lack of sleep?

I had planned it quite meticulously to ensure that I got enough sleep. But I couldn’t get to sleep as quickly as I wanted to and it was difficult to sleep during the day. My brain was constantly thinking about the logistics of the next stage. Across the five days I got no more than eight hours sleep.

You’ve been through an awful lot, did your recent experiences keep you going in the tough moments?

There was a lot of time in my own head. I had a pretty good jukebox in there, or at least I thought I did! I seemed to go through it pretty quickly. The biggest thing that kept me going was knowing why I was doing it. There were a lot of people messaging me as I was going along, telling me that they had been and booked their smear tests – that’s what drove me to carry on. 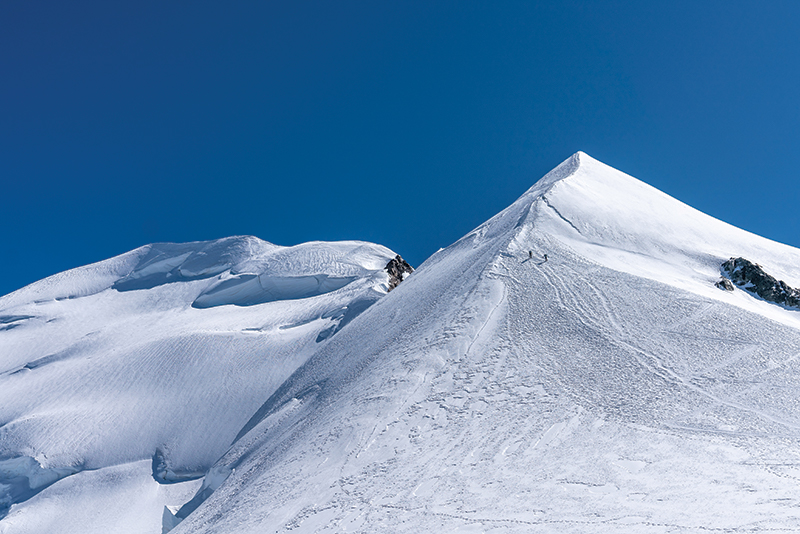 How was the final assault on Mount Blanc?

For the last couple of months I had been sleeping in an altitude tent. It’s not as severe as it sounds – it’s like a big gazebo-type tent that you put over your bed and it pumps de-oxygenated air into the tent. You’re basically simulating being at high altitude. The biggest concern was not knowing how my body was going to react coming straight from sea level to 4,800 metres. Ordinarily, you would have a bit of acclimatisation, but I didn’t get that. The training was primarily altitude training and a lot of hiking but once you’ve got a really good base level of fitness it’s really just about the altitude part and having the skills to get up that mountain.

How did it feel when you got to the top?

In my mind I was hoping a helicopter would just come and pick me up and take me straight back down again. But that obviously didn’t happen! I took my time and stayed in a hut overnight before I tackled the technical part of the climb the next day. 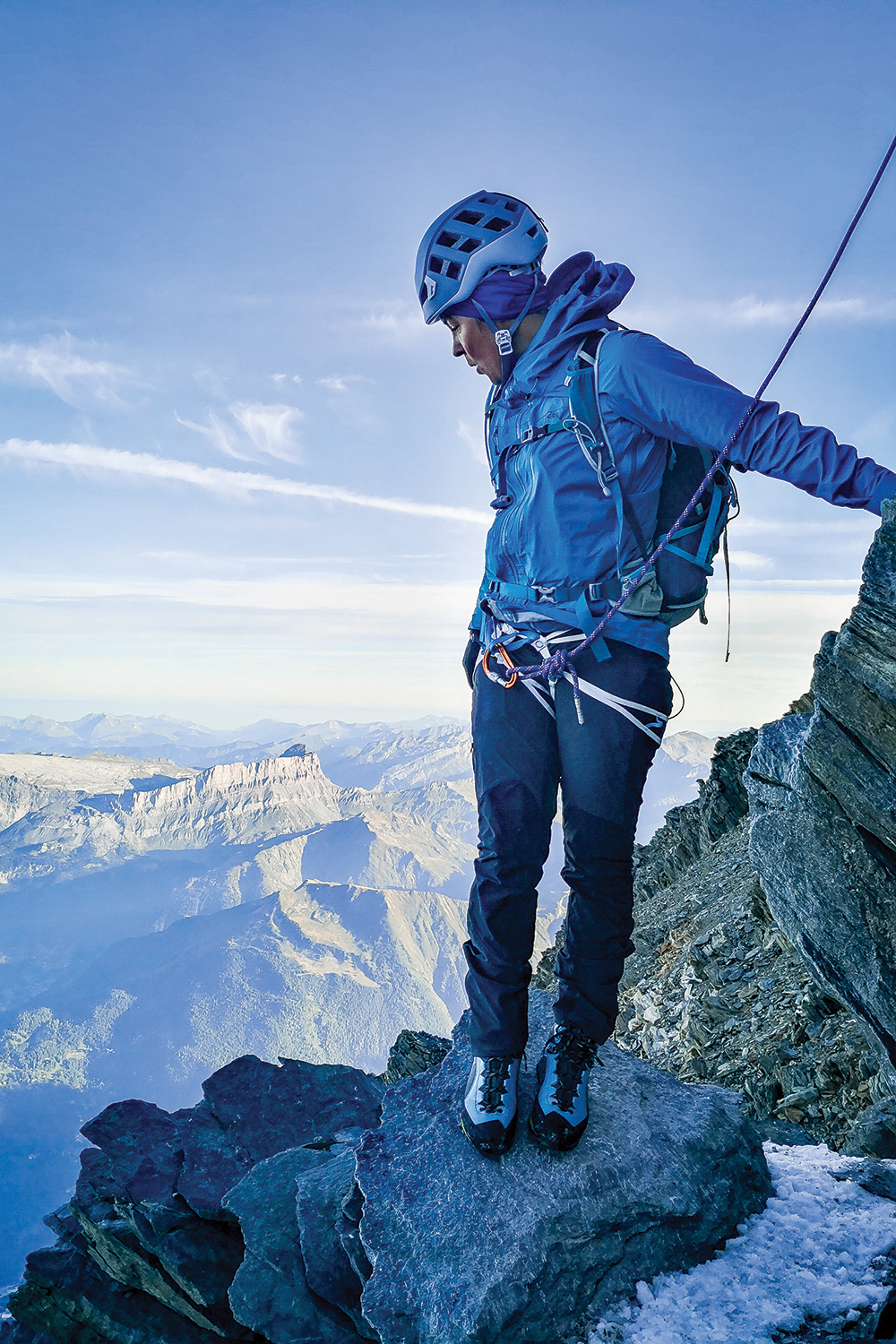 Do you think anyone will take on this challenge again?

I think it will be very difficult for anyone to ever beat, not because of my time but because of the weather for each section I got. I was incredibly lucky. And tired. Very tired.

Learn more about endometriosis from NHS.

If you like our new FitFam feature, stay tuned by checking this space.

Tags:
Previous Article
A Mindful Approach to the Winter Shift
Next Article
Have Yourself a Merry Vegan Christmas