Adam Gemili: faster than a racehorse!

Adam Gemili: faster than a racehorse!

It’s a beautiful autumnal morning in London and we’re doing what most people would be doing in such conditions; watching humans attempting to outrun a horse.

BESTFIT has been invited to a press day promoting QIPCO British Champions Day at Ascot Racecourse, and five athletes of varying sports are attempting to beat Battaash, one of the stars of said forthcoming event, over 10m, in a race. Among the hopefuls are England rugby player Danny Care and cycling whizz Victoria Pendleton, but the main man is World and European 4x100m relay Champion Adam Gemili, the great British hope of sprinting next year and beyond. Not surprisingly, he’s the only human quicker than the horse, and he’s in bullish mood when it comes to talking about his hopes for the 12 months ahead, and the Olympics in 2020…

So, Adam, how easy is it to outrun a racehorse?!

Ha, it was a lot of fun but tougher than I thought! I can’t believe, considering how big and heavy they are, how quickly a horse can move from a standing start. They don’t have the benefit of using blocks are fancy footwear, so they’re absolutely amazing animals.

Can doing stuff like this actually make you think outside the box when it comes to finding those marginal gains?

This is what sprinting is all about. It’s about data, and using it to find out how you can gain small margins to become quicker. For me, it’s great to get some numbers and use them to adapt to my training.

How do you train for that electric start you need over the first 10m? How do you develop the power?

It’s about combining power, strength and technique for the greatest efficiency, and making sure every movement is as powerful as it can be. Each movement requires loads of force, and you need all that core strength just to keep you from falling over! It requires loads of plyometrics, gym work and drills for technique. Everything has to be on point at the same time.

I’ve got a long winter ahead. The World Championships aren’t until next October, so that gives me time to work on a few different things. Injuries have been a big part of my last few seasons, so I’ve got time to rehab properly, get strong and try and get it right next year before going into the Olympic Games in 2020.

I train six days a week. Three of those days, Mondays, Wednesdays and Fridays, involve being in the gym as well as on the track. They’re intense sessions and cumulatively I can spend six hours working. We do Olympic lifts, bench, snatch, squats etc. Then we do a lot of glute activation, hamstring and hip work. On the track, we do a lot of work from the blocks, or longer repeats of 250m/300m. It’s intense and on those longer repeats you get a lot of lactic acid.

Do you think sprinters like yourself feel there’s a huge opportunity now that Usain Bolt has gone?

Usain going has meant that we’ve all moved up a place, and there are a lot of young athletes looking to fill those awfully big shoes of his! I think you’ll start to see closer races. Usain at his peak was impossible to beat. Now there are loads of athletes who can win, and that’s really exciting for the sport. I always used to go into a race thinking I could win, as unrealistic as that sounds, so in that respect nothing changes for me.

Do you feel under pressure as the hope of GB’s sprinting?

I never really put pressure on myself like that, I just make sure I try and perform as best I can and make my family and friends proud of me. I’ve been in the sport a long time and I’m really experienced. I took part in the Olympics when I was 18 and that was crucial. I just try to enjoy it, and I think you can see that from the smile on my face when I’m racing!

You’ve broken 10 seconds over 100m and you’re the second fastest Britain over 200m behind John Regis. Is it just about winning now?

You never run for time, you run for position. I always aim to be the best.

You’ve mentioned in a previous interview that merely making finals is no longer enough both for you and the British team, it’s time to start winning… can you do that?

I think so. I think for Britain, with where we are at sprinting, getting to finals isn’t enough now, we have to aim to medal. We have some of the best sprinters in the world. We’ve also got to step up because elsewhere on the track Jess Ennis-Hill has gone, Jack Rutherford has stepped down, Mo Farah has left the track… and these were the guys bringing in the guaranteed medals.

What does a sprinter need to eat every day to fuel the training?

For breakfast, I might have some oats or a couple of boiled eggs. For lunch it’ll be a stir fry, so not many carbs, and then some salmon, chicken or steak in the evening with loads of vegetables and quinoa, for example. I’m a snacker, so I eat a lot of fruit, quark or Greek yoghurt before bed. I have to be careful because I only have to look at a cake and I put on a couple of kilos! I’m not built to be a sprinter genetically, so I have to work quite hard at what I eat. Weight isn’t the biggest thing for me, it’s just about feeling good.

If you had one tip for the amateur sprinter looking to increase their speed, what would it be?

Have patience. That’s what Tyson Gay taught me. People develop at different rates. You might be the second or third fastest growing up, but just keep working hard and believe in yourself. Things level out, so whether it takes one month, one year or longer, it doesn’t matter. Keep believing… 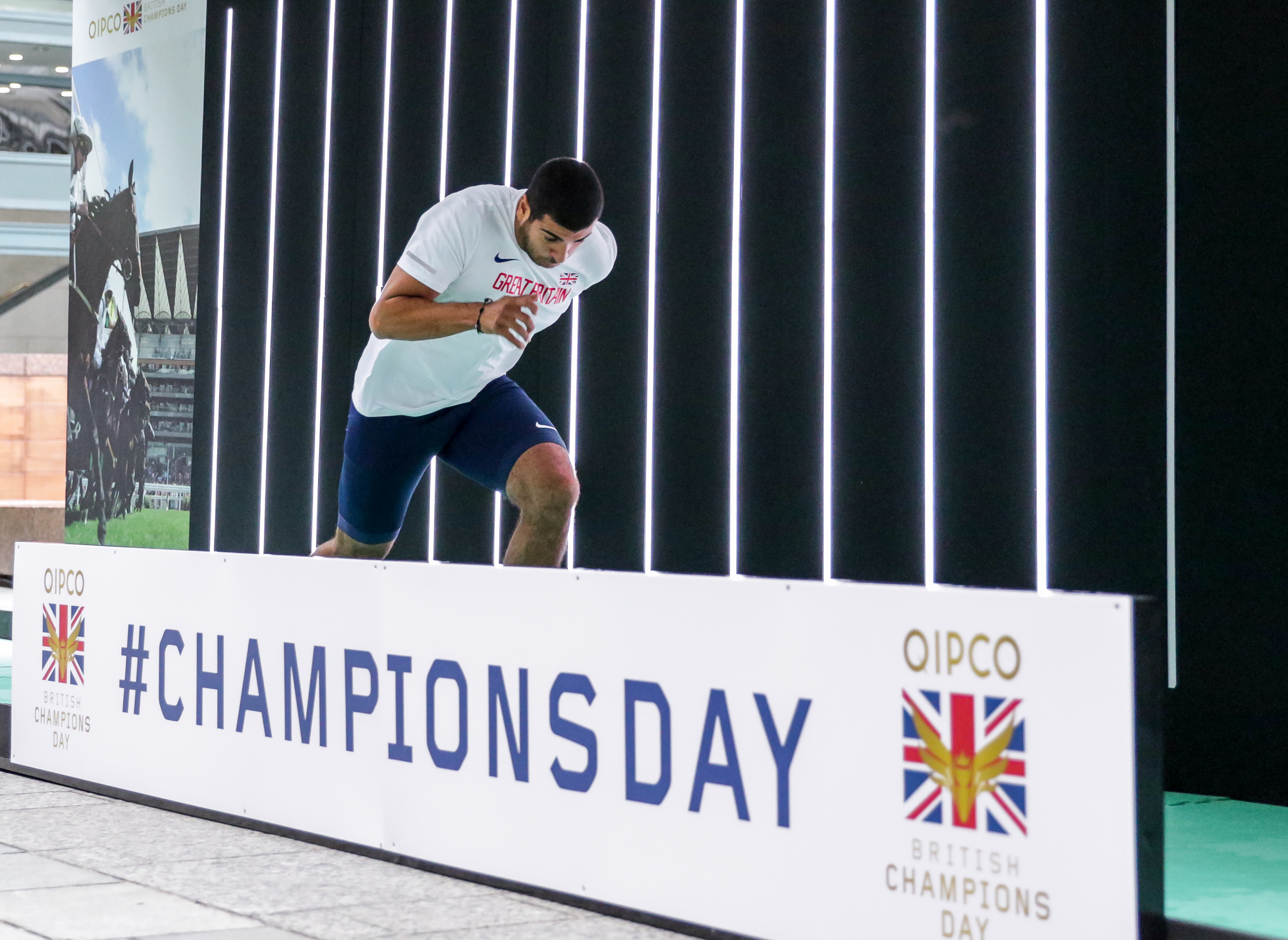