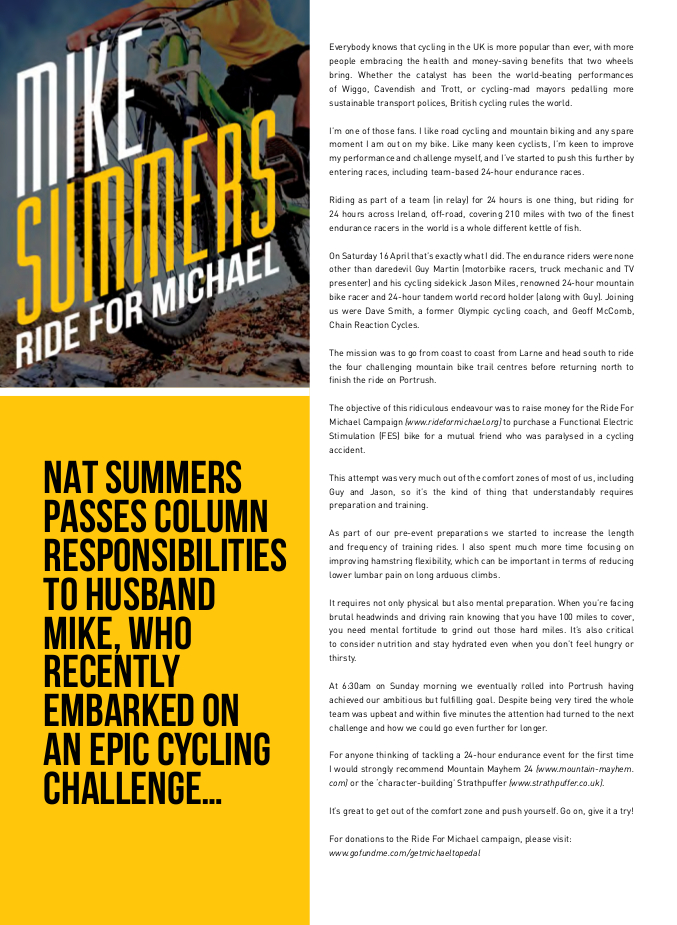 Everybody knows that cycling in the UK is more popular than ever, with more people embracing the health and money-saving benefits that two wheels bring. Whether the catalyst has been the world-beating performances of Wiggo, Cavendish and Trott, or cycling-mad mayors pedalling more sustainable transport polices, British cycling rules the world.

I’m one of those fans. I like road cycling and mountain biking and any spare moment I am out on my bike. Like many keen cyclists, I’m keen to improve my performance and challenge myself, and I’ve started to push this further by entering races, including team-based 24-hour endurance races.

Riding as part of a team (in relay) for 24 hours is one thing, but riding for 24 hours across Ireland, off-road, covering 210 miles with two of the finest endurance racers in the world is a whole different kettle of fish.

On Saturday 16 April that’s exactly what I did. The endurance riders were none other than daredevil Guy Martin (motorbike racers, truck mechanic and TV presenter) and his cycling sidekick Jason Miles, renowned 24-hour mountain bike racer and 24-hour tandem world record holder (along with Guy). Joining us were Dave Smith, a former Olympic cycling coach, and Geoff McComb, Chain Reaction Cycles.  The mission was to go from coast to coast from Larne and head south to ride the four challenging mountain bike trail centres before returning north to finish the ride on Portrush.

The objective of this ridiculous endeavour was to raise money for the Ride For Michael Campaign (www.rideformichael.org) to purchase a Functional Electric Stimulation (FES) bike for a mutual friend who was paralysed in a cycling accident. This attempt was very much out of the comfort zones of most of us, including Guy and Jason, so it’s the kind of thing that understandably requires preparation and training.

As part of our pre-event preparations we started to increase the length and frequency of training rides. I also spent much more time focusing on improving hamstring flexibility, which can be important in terms of reducing lower lumbar pain on long arduous climbs.  It requires not only physical but also mental preparation. When you’re facing brutal headwinds and driving rain knowing that you have 100 miles to cover, you need mental fortitude to grind out those hard miles. It’s also critical to consider nutrition and stay hydrated even when you don’t feel hungry or thirsty.

At 6:30am on Sunday morning we eventually rolled into Portrush having achieved our ambitious but fulfilling goal. Despite being very tired the whole team was upbeat and within five minutes the attention had turned to the next challenge and how we could go even further for longer.

For anyone thinking of tackling a 24-hour endurance event for the first time I would strongly recommend Mountain Mayhem 24 (www.mountain-mayhem. com) or the ‘character-building’ Strathpuffer (www.strathpuffer.co.uk).

It’s great to get out of the comfort zone and push yourself. Go on, give it a try!
For donations to the Ride For Michael campaign, please visit: www.gofundme.com/getmichaeltopedal

A Guide to Buying Your First Bike
Daria Arofikina September 4, 2020

The Rise of Indoor Cycling: Why does everyone love it so much?
Daria Arofikina September 4, 2020 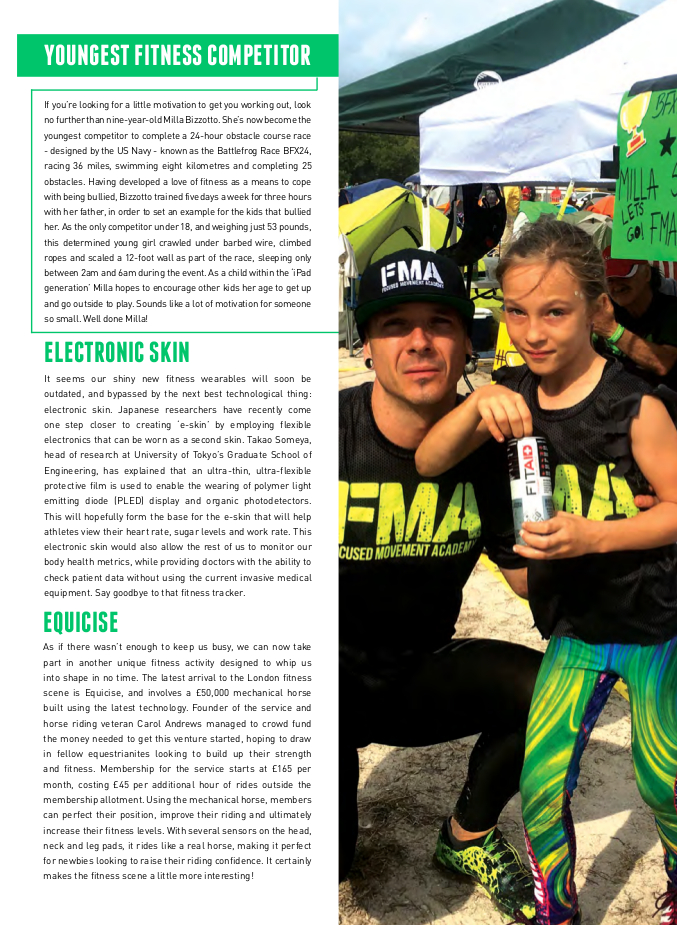