Margot Robbie delights in throwing herself into her performances, and not just by following strict fitness regimes. She once smacked Leonardo DiCaprio in the face while auditioning for The Wolf of Wall Street, she revelled in her character Harley Quinn’s wicked behaviour on the set of Suicide Squad, and she recently got caught up in an argument with co-star Sebastian Stan while shooting I, Tonya, a biopic about the notorious American figure skater Tonya Harding. Robbie became so overwrought while filming the scene that she stormed off the set screaming at Stan who plays Harding’s ex-husband Jeff Gillooly.

“We got so carried away in this scene where we’re having this massive fight and he slammed my hand against a door and I think I even punched him in the side of the head,” Robbie says. “It was such an incredible intense argument that for a moment I forgot that I wasn’t Tonya and he wasn’t Jeff and I wasn’t on a film set. Nothing makes me more exhilarated when I genuinely forget where I am.”

I, Tonya, which premiered to rave reviews at the recent Toronto International Film Festival, and which is released in UK cinemas in December, recounts the events surrounding how Harding’s husband (Stan) arranged to have someone break rival skater Nancy Kerrigan’s leg prior to the 1994 US Figure Skating Championships. Robbie spent four months learning to skate so that she would be able to mimic as many of the complex figure skating moves as possible.

As well as learning the skills required, Robbie also required Olympian levels of fitness. Luckily, as a result of her role in Suicide Squad, which involved the Aussie to wear ludicrously short shorts in almost every scene, she had already spent months working her stomach, glutes and booty. She would spend many hours on the Pilates reformer doing different types of plank as well as heavier resistance and low-rep work using ankle weights.

Here, she reveals how she prepared for her latest role: 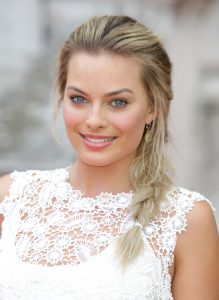 How much time did you spend working on your ice skating techniques?

I spent about four months trying to learn as many of the moves and the kind of choreography that ice skaters perform during their routines. It was much more difficult than I imagined.

One big thing I found out was that the real challenge is making the skating look as effortless as possible even though it’s very athletic and physically demanding. Skating is like ballet in that sense because it’s that effortless quality that is what makes it look so beautiful and artistic.

Did you ever attempt to do some of the complicated jumps like the triple axel?

[Laughs] There was no way I could even attempt that – only six women in history, including Tonya Harding, have ever even landed the jump in competition. The best I could do was as many of the spins and artistic moves but it takes years and years of practice to be able to pull of those jumps!

Margot, do you think I, Tonya will change people’s perceptions about Tonya Harding or her role in the attack on her skating rival?

We didn’t set out to make the film to change people’s minds or make a particular statement about what happened surrounding the incident. The greater theme is truth and there are so many different sides to a single story. I don’t know if people will walk out of the theatre thinking that someone was in the right or the wrong but people will appreciate that they didn’t know the full story.

Did you get a chance to meet Tonya Harding before starting work on the film?

Yeah, I spent a couple of hours with her before we started shooting, [Aussie director] Craig [Gillespie] and myself did, and then that was it. But there’s so much footage in the archives that we could reference and replicate in a lot of instances.

But I really did want to differentiate her as a person and the character I play in the film. I felt like if I spent too much time with her then I’d probably hold back when we were filming and I definitely didn’t want to do that. It wouldn’t be right for the character.

What was Harding like in the course of the brief time you spent with her discussing the incident? [ED NOTE: Harding has always denied any involvement or advance knowledge of the attack on Kerrigan.]

She saw the film and she has been so gracious about it and she was very complimentary about my skating. I personally would not want someone to distill my life into 140 pages…but she was been very kind and appreciative of what we have tried to pull off in the film. She was more worried about me and how I felt about playing her, which was rather surprising after all she has been through in her life.

The relationship between Harding and her ex-husband (they were divorced at the time of the incident although they were still living together) was very intense and complicated, wasn’t it?

It was only while we were about a third of way through the shooting that the film took on a different quality for me. They had a bizarre relationship but Sebastian [Stan] brought such a humanity to Jeff that it turned the movie into a love story that overshadowed any of the other themes.

His performance made you believe that what he did [in planning the attack on Kerrigan] he did out of love for Tonya even though that was very messed up. But it changed the nature of the story in a way that I hadn’t really expected.

What was the biggest impression that you came away about Harding and Kerrigan after making the film?

That it wasn’t as black and white a story as the media made it out to be between Tonya and Nancy. In the eyes of the public, Tonya was made out to be the devil and Nancy was the angel but that wasn’t the case. 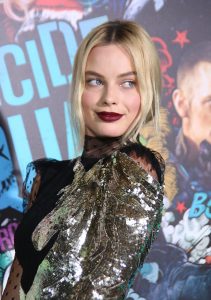 You’ve been playing a lot of intense characters lately, particularly in Suicide Squad and now in I, Tonya. Where do you get that strength from?

My mum has been a great example for me. She was a single mother raising my brothers and my sister and I by herself and we didn’t make life easy for her. We were always fighting and my mum had to be a very strong woman to hold things together. She’s an amazing woman.

Your roles have also required a lot of fitness work. Has it been a conscious decision to take that kind of role?

I’ve always put a lot of effort and thought in the kinds of roles and projects I want to be part of. I’ve had a very good team behind me and for me it’s always been important to be very strategic about my career. There’s a lot of luck but you also need an idea of what kind of career you want to pursue.

What inspired you to become an actress in the first place?

I have always had a wild imagination and I loved watching videos and pretending to be part of the kinds of adventures the characters would get to go on. I was always play acting as a kid and I would watch the same movies on video over and over again and I would then re-enact the scenes in front of my mum. She was a great audience though and she would wonder how I managed to remember all the lines!

I would also put on these little plays for my family and I would force everyone to pay $1 for each performance! So I always understood the business angle of things. But even after taking an acting course the idea of becoming an actress would have struck me as being just as likely as becoming an astronaut. 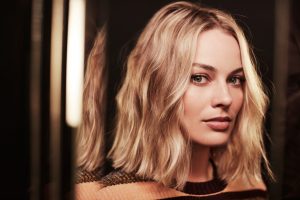