The former Made in Chelsea star is now working on BESTFIT TV but is also showcasing the stories of real-life heroes, while undertaking his own challenges

We’ve been watching some of your ‘Limitless’ episodes on YouTube… Tell us about it and the thinking behind the project?

I just wanted to showcase some incredible feats and stories to a wider audience. The idea was to showcase the people behind some amazing achievements. Take Ross Edgeley, for example, the guy who last year swam around Great Britain. I wanted to know why he took on such a crazy challenge. It’s not his first and won’t be his last, but I just wanted to know why someone would do something like that! He said to me that, in life, it’s too easy to ask the question ‘why’, and instead he prefers to ask: ‘why not’? And he makes a good point, because if we all did that we’d probably all do a lot more. And it’s paid off for him because he’s now started to get the recognition he deserves for the phenomenal man that he is.

James Sutliff in the first series… he’s a big lad from up north and was a semi pro rugby player up until a couple of years ago, when he woke up one day without the ability to walk or speak. It had all gone, and since then he has lost the mobility in his hands. It took four years to diagnose his problem, a neurological condition, but he went through a tough time. He was stripped of everything he loved. People thought he was exaggerating his condition and others were telling his girlfriend to leave him – she’s now his wife – it was just really hard. Yet he took this condition by the horns and through years of rehab he is now a fitness model, a PT and while his speech is still slurred, he continues to break boundaries. He is training people with Parkinsons, mental health issues and more and in every case, he is improving their life. He is a game changer, an inspiration.

A lot of people will know you from ‘Made in Chelsea’ and more recently, hopefully, BESTFIT TV, but how did the Limitless series come about?

Fitness has always a key thing for me in life in terms of stabilising me. I’d go as far as saying that fitness has probably saved my life, because it has saved me from very severe depression. Fitness gives me purpose, it grounds me, and I owe a lot to it. I wanted to meet people who had also overcome some form of adversity, and fitness seemed to be the means to which people did that. I was surprised no-one had showcased these kinds of stories before, so I decided to do something about it. To begin with, I worked alongside a young lad and together we would drive, sometimes in the middle of the night or early in the morning, to create episodes with these amazing people across the country. These people come from all walks of life, are all ages, and they have been affected by all kinds of things, whether it’s physically, mentally, socially or financially. It just goes to show that people can achieve a lot of things whatever challenge they’re facing. People are used to seeing the achievements of mega stars but not real people, and I wanted to challenge that disconnect. You can relate to the people we meet in Limitless, and that’s the point. These people are facing some of the biggest adversities imaginable and they’re doing it with a smile on their face. It’s refreshing.

Explain just what role fitness has played in your life?

Fitness and sport in general have always been important. At school I was really enthusiastic about it. I performed at country level at rugby and could run 100m in a really quick time. I continued playing rugby after school, but all of this came at a really tough time in my life, and it would have been even tougher without sport. I’ve learned so much about myself through sport and fitness, and I continue to do so. I’m now an Adidas athlete and I continue to challenge myself, whether it’s 10ks or obstacle course races. I like to push myself, by trying new sports or big challenges. I took on a boxing match and won and I’m the only able-bodied person to have done the Berlin Marathon in a wheelchair. That was one of the greatest experiences of my life.

Do you still suffer from depression and anxiety?

It’s something I manage every day and I’m very open about that. Unfortunately, anyone who has suffered from any kind of mental health illness knows it’s not just something that goes away; you educate yourself and learn to deal with it. I consider myself to be one of the most active people in the world, but I have bad days that come without explanation. I’ve learned how to deal with it and as a result, I train most days, I eat well and I’m very specific with the alcohol I drink. I’m 29 and I’m still finding out what works for me and what doesn’t.

How do you spend a typical week in terms of fitness?

Right now, I’m training for another challenge, a world record attempt which I can’t reveal just yet. I work with specific trainers who essentially are trying to break me so that I’m prepared for the challenges ahead in this record attempt. I basically need to try and train my mind and body to overcome the moments where I might reach breaking point. I do a lot of classes, one-to-one sessions but it’s all very intense and focussed.

How important is nutrition to you?

It’s pivotal to everything I do. Training is key, but I think we sometimes lack emphasis on how important nutrition is. I have a high metabolism and I’ve learned through my training that I need to eat a lot to get what I need. People worry too much about eating too much weight on by eating too much, but it’s all about eating the right food. And that is the case whether you’re active all day and you sit in front of a computer. Sometimes I think there’s too much choice, and too many opinions around. There’s a lot of confusion about what we need to be eating. 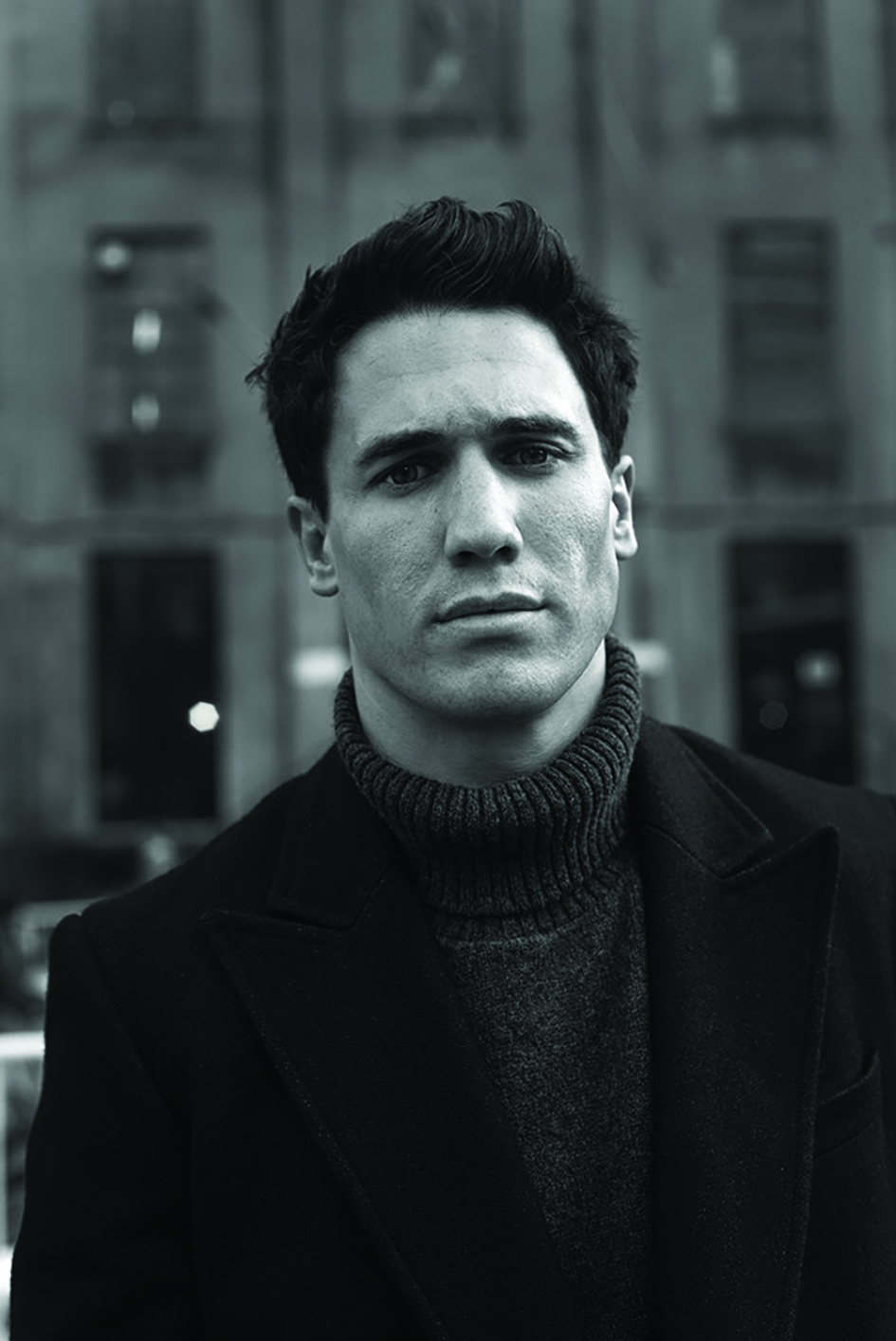