Meghan Markle talks yoga, a reliance on well-being and, of course, the small matter of something happening in May…

It’s a very unroyal approach, but Meghan Markle’s elevation through acting, across showbusiness, and onwards to the upper echelon of high society, must be partly down to her dedication to health and well-being. “Staying fit and in shape is the only way I could ever achieve what I have in life,” she says.

While some in the coming weeks will be fawning over a wedding dress, marriage vows and who made it onto the wedding list, Charles Rae – News International royal correspondent with over 20 years’ service and a close confidante of some of the family’s pivotal members – helps us takes a rather more health-focused view into what goes into the making of Meghan. 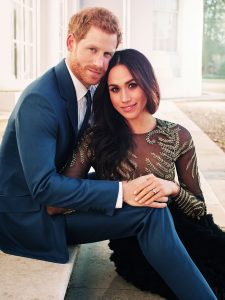 “Princess Diana was really the first member of the royal family who embraced health and realised the public perception of looking and feeling good,” begins Rae, who had a cherished relationship with the mother of husband-to-be Prince Harry. “Attitudes back then were very different, and the sight of someone so important trotting about in a pink tracksuit was a shock to some very traditional royals. But nowadays it’s not just accepted, it’s expected.”

Meghan, 36, certainly fits the mould of a personality coming in to update what remains a notoriously stuffy institution. And while for the newest ‘princess’ (or Duchess, more accurately), there is no instruction manual, just as there wasn’t for Diana, there is at least
a fitness regime to maintain.

It’s no secret that the American is a huge advocate of yoga for its positive impact on body and mind. Her mother has been an instructor for many years and almost by habit she has embraced the ancient Indian principles of physical health, mental accomplishment and spiritual peace.

“There are so many benefits that come with the practice of yoga,” says Markle. “The big thing for me has been increased flexibility and muscle strength, but beyond that there’s the whole mental side of exercise, and that’s something I crave.

“If I don’t exercise I find myself just going through the motions, whereas on the day of a workout or a yoga session – which for me is most days – I have brighter outlook, better focus, and fuller sleep as well.

“Like everyone, I am prone to anxiety and stress – exercise just seems to blow that away. It’s incredible. And yoga as a form of exercise is right at the front for me.”

That inner calm is certainly something Meghan will need to protect in the weeks and months ahead. A lot is made of the wedding, which will take place on 19 May in a ceremony beamed to billions around the planet, yet as Rae outlines, that really is just the start for the royal family’s newest and arguably most high-profile member. 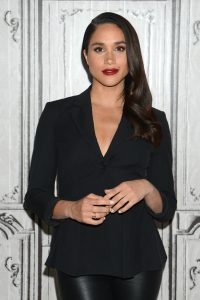 “I have been told that Meghan, star of the hit TV series Suits, is having a few butterfly moments – just like any other bride – as she comes to realise the enormity of joining one of the most famous, and at times, most difficult families in the world.

“Her reliance on well-being has been there for many years. She didn’t have a conventional childhood or family set-up, and the pressures of her career have always been counterbalanced by a passion for keeping fit, so she’ll come back to that at any available opportunity, and I’m sure will inspire others.”

And of course, the well-trodden regime doesn’t stop at yoga. A series of knee injuries curtailed the actress’s love of early-morning runs – she would typically rise at 4am and cover a minimum of 10k – and she has subsequently substituted high-impact exercise for a dedicated stretching and weights plan. “For me it’s not about building mass, more just staying in shape and keeping things toned,” she says. “I’ve looked at spin classes and cycling in general, and that’s a nice alternative to running, which I do miss, but it was proving too heavy for me and the levels I was at.”

Returning to the relationship between body and mind, Meghan’s pursuit of her health goals extends through to diet as well. “I’m a passionate advocate for eating well. In the past I’ve known people who excuse poor diet because they exercise hard. I can see that logic and I absolutely love fries and probably eat too many carbs in general; but on the days when I ease off on the heavy foods and focus on fruit and vegetables, or switch to very light vegan meals, I can really feel the difference.”

BUT THE SECRET TO HEALTH AND FITNESS FOR MEGHAN? DO NOTHING.

“Downtime is vital for me,” she says. “It’s easy to overdo it and I know to listen to my body. I need to rest my body, and my body needs to know I’m looking after my mind during sleep, as well as in the day.”

Rae believes, more than ever before, Markle will need to take advantage of those quiet moments, because they will be few and far between. “This is a woman with style and charisma – she is carefully measured, discrete and modern, and straight away the royals have taken Meghan to their hearts.

“She needs to continue to look after herself under intense pressure and incredible scrutiny, but being healthy is her perfect outlet.

“I do wonder if other royals from days gone by might have dealt with the pressure better if they too had adopted a similar routine and a focus on body and mind.

“We will learn a lot from Meghan as time goes on – a happier nation, quite possibly… but don’t rule out the prospect of a healthier one too.” 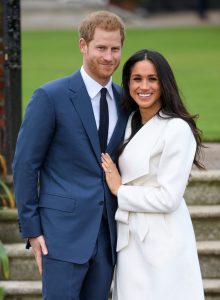 Tags:
Previous Article
Diving down under
Next Article
Emma Kirke: Plant Based Foods Are Here To Stay!