Sylvester Stallone is an icon of the ages. His longevity on screen has been matched by his ability to stay fit throughout his life. But as he explains to BESTFIT, his training has always been driven by fear.

An actor, an athlete, a physical and emotional powerhouse, an icon… Sylvester Stallone’s influence on modern culture, whether from a seat at the cinema or on a weights bench at the gym, has turbocharged a global base of admirers.

At age 73, you would forgive the New York-born actor, director, screenwriter and producer his decision to step away from the flashbulbs. After all, through Rambo, Rocky, The Expendables, Guardians of the Galaxy, Escape Plan and over 50 other film roles, he has decorated our collective consciousness with the belief of rising up… with the appeal of wanting to see downtrodden, struggling characters fight for justice in an unfair world… and get ripped in the process.

And yet while we wave the Stallone off on his jaunt towards retirement, we can’t help but nudge him again for advice, for guidance, for inspiration. There will only ever be one Sylvester Stallone… but we can all dream.

“I’m not so sure I really like the word ‘retirement’,” begins sly, offering up an instant repost to the suggestion that the final Rambo and a low-key return in last year’s Creed II represent the last we will see of this man mountain. “I don’t think anyone is truly retired until they’re in the ground; even then you have some stars who seem to flourish once they’re dead – you see their reputations boom.”

“That has actually equipped me quite nicely in life because I always feel ready – not necessarily ready to fight like I was in the past, but ready to take up the challenge if someone wants to throw something my way”

Popularity has never been regarded as a big deal for Stallone. It would be untrue to say he doesn’t care for the press, the admiration and the status that first landed on his lap with Rocky in 1976, but he’s never been one to court the attention, and carries himself with a sense of humility startlingly bereft in many of today’s stars.

“I think a lot of that came from the fact I had quite a bad speech impediment when I was young,” he offers, when we put to him how level-headed he is. “When you carry something like that with you through life you are always battling and fighting. That’s not to say I think about it these days, but I have become a person who, subconsciously, is always on the back-foot and ready to respond.”

“That has actually equipped me quite nicely in life because I always feel ready – not necessarily ready to fight like I was in the past, but ready to take up the challenge if someone wants to throw something my way. After a few years you grow to like that about yourself!”

The athleticism that has become a Stallone mainframe also originated from a place of embarrassment. “I had a very late start in athletics with very little interaction with sports early on,” he says. “In fact, I remember when I was in third grade in school, we were playing baseball and I was catcher. Someone hit what we call a ‘pop-up’, which is basically an easy catch, and I put my hands up to cover my head instead of trying to catch the ball!”

“That was a traumatic experience for me and, to this day, it haunts me.”

“Show me a man who says he has all the answers and I will show you a liar.”

That Stallone is so driven by emotion in real life, not just in his characters, will perhaps surprise some. Consider as well the two-hour daily gym routine that, over the years, must have blown away tonne-weights of psychological cobwebs, and you realise that despite his dedication to fitness and strength, despite his humility and despite his success, this is a man still coming to terms with a lot.

“Sure – and we all are,” he chips back. “Show me a man who says he has all the answers and I will show you a liar.”

“The important thing is to invest in the imperfections. In some ways you’ve got to celebrate them, because they are the things that will inspire you to move forward, to be better, to try harder. I think all of us have a thread which goes through us – we are familiar with fear and what it is, the same with loneliness and isolation; it’s what victory and failure are. I think that if you can tell that story then the audience can relate to it.”

“But if you are someone who feels that they are above pain or above fear, then who cares? You cannot be human if you don’t identify with those emotions. Being human means that you are able to balance all of your weaknesses and try to make them a strength, because that’s what life is – life is juggling things every day. It could be beautiful one day. Then, you can get one phone call and your whole life has changed.”

The phone call that has Stallone’s focus at least until the end of autumn is a final farewell for Rambo. “When I got the call to ask if I wanted to do Last Blood I knew I couldn’t turn it down,” he says. “The story has moved on just like this guy playing John Rambo has moved on, so the expectations are there to recreate a story that is plausible but ambitious.”

“Obviously I’ve done a bit of intense training, but I’ve always kept myself in shape, so it wasn’t as if I was starting again from scratch”

The plot takes the form of Rambo volunteering to battle against a raging storm. In simple terms it is people saving a town, but in his head it feels like recompense for those he was unable to bring home from Vietnam. We delve further into the story to see that this is someone who isn’t okay by any stretch, but is battling every day, and those trials take him across the border to Mexico when his surrogate daughter is kidnapped.

“It feels like a nice way to bring it to a close,” says Stallone, who insists his workout routine for the movie wasn’t too different to normal. “Obviously I’ve done a bit of intense training, but I’ve always kept myself in shape, so it wasn’t as if I was starting again from scratch.

When I have stuck with fitness in the past it has been a vehicle for setting my mind straight and staying focused. I’ve been through long periods in my life when being ripped is just a bi-product to what working out really does for me, and I think that applies to a lot of people.

“It’s a big thing to be getting back to working out as a tool to reinforce strength, first and foremost, but I’ve enjoyed it, particularly compared to some of the routines in the past, especially for Rocky, which were so brutal.

“I’ve always said it’s a common misconception that Rocky is a boxing movie, and it isn’t… it’s a movie that has boxing in it but is actually about a man being reborn once he meets a woman.

“Boxing is just his job… but man, the training for that movie… well that really was boxing!”

Sylvester Stallone admits it takes three things to fully prepare himself for the strength demands of a film such as Rambo. The first two – a punishing gym routine and a mass of will power – are attainable only for those at the very top of their game. The third element, a stripped back diet, appears ultimately achievable, on paper at least. And yet, while it offers the perfect mix of carbohydrates and protein to ensure energy levels hold while muscle mass increases, could you really stick to this sort of daily diet for three months straight? 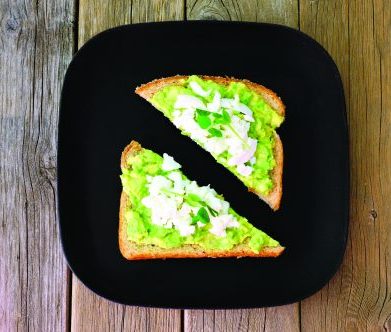